Resist! A Visual History of Protest

On view through Sunday, February 12th

Exhibit of acclaimed Chicago artist, Franklin McMahon’s fifty years of protest in vibrant drawings and paintings. In the 1940s, McMahon was a cartoonist depicting conditions in WWII POW camps. He mailed his drawings back to Extensions Magazine in Chicago. In 1955 McMahon covered the Emmett Till Trial for Life Magazine in Sumner, Mississippi that transformed him into an artist-reporter. The 1960’s began with him drawing the construction of the Berlin Wall and continued with his art coverage of Dr. Martin Luther King’s peaceful protests, including the march from Montgomery to Selma across the Edmund Pettus Bridge and the Chicago Eight Conspiracy Trial. Five decades of social change are documented in his brilliantly painted graphite on paper images through to 2008 when Senators Barack Obama and Hillary Clinton debated. In capturing historic events through art or major publications from the Chicago press to national publications McMahon chronicled current events that nudged society in a more just direction. 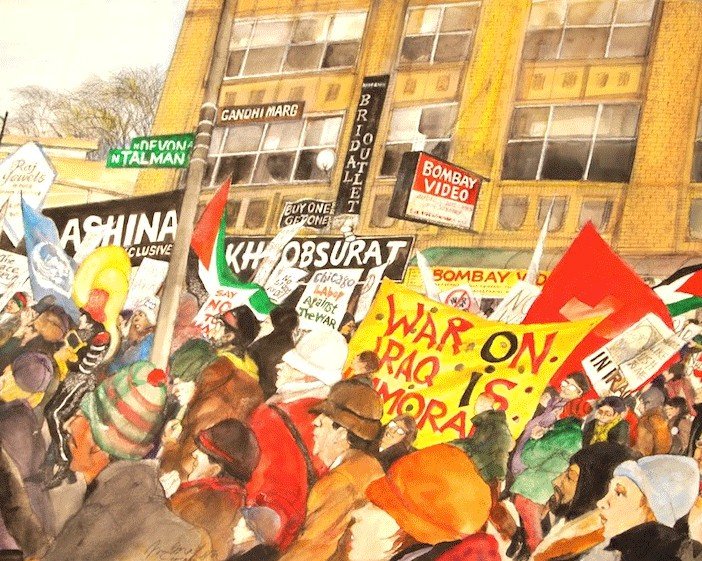