On view through Friday, February 3rd

Fútbol is Life is a multi-faceted art exhibition that seeks to symbolically reclaim soccer/futbol as a source of community and togetherness in the face of the controversial 2022 World Cup hosted by Qatar.

Futbol is Life will include screening select World Cup matches on a giant projection wall, collaborations from artists from 10 different countries (all of which will compete in the World Cup), and a game area with foosball, a kicking net, and youth workshops taught by coaches from the Roscoe Village Football Club.

ART
Eight artists from World Cup-competing countries will create their own interpretation of the futbol crest, or badge, that represents their country. These crests will be on display and will also be available for guests to use to design their own jerseys (purchase required). Artists include: Pap Souleye Fall (Senegal), Lina Müller (Switzerland), Mara Piccione (The Netherlands), David Heo (USA), CHema Skandal! (Mexico, but currently based in Chicago), Fuko Ito (Japan), Ewelina Skowronska (Poland), and Baptiste Alchourroun (France). Two other artists will have large murals on display in the gallery: Pouya Ahmadi (Iran) will show a mural called “Women + Life and Body” and Vida Sačić (Croatia but currently based in Chicago) will show a mural called “We Play Football, Football Plays Us!” 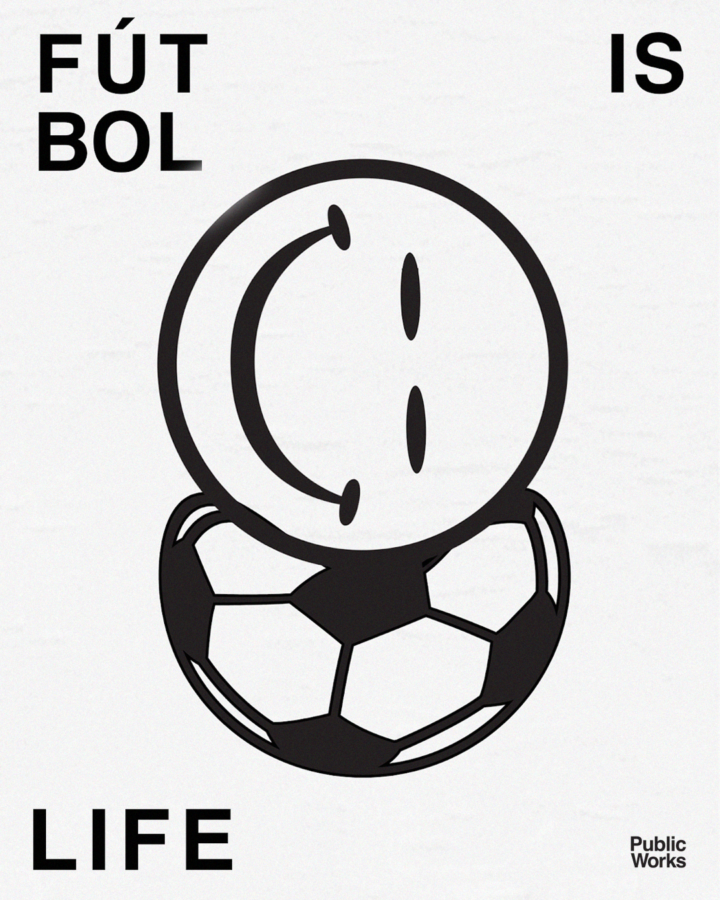