@ The Cleve Carney Museum of Art

On view through Sunday, March 5th

Acceptance, resignation, the will to move forward. To find closure is to find a finality and let go of what once was – but how do we find peace when the memories and feelings are still alive?

In this exhibition of new work, Edra Soto has transformed her practice to honor the loss of what once was, while seeking a path of acceptance for the transition of her aging mother who suffers from Alzheimer’s. She channels her struggle to reconcile this new reality through deconstruction, collage, and familiar themes in her art practice, in a new series of works entitled, The Myth of Closure | El Mito del Cierre.

The Myth of Closure | El Mito del Cierre is a deeply personal body of work exploring loss, the now complicated associations of home, and figurative closure. This new work builds on an ongoing project entitled, GRAFT. Soto began using this series of architectural interventions in 2012 and it consists of representations of rejas (wrought iron fences and screens) and quiebrasoles (concrete breeze blocks), the decorative elements ever-present in mid-twentieth century Puerto Rican vernacular architecture.

GRAFT also makes visible the role that African diasporic traditions have played and continue to play in Puerto Rican architecture. Most importantly, however, GRAFT, is Soto’s personal exploration of home and serves as a container for her own relationship to home in Puerto Rico and the United States, where she currently resides.

The Myth of Closure | El Mito del Cierre, transforms the literal and conceptual framework of GRAFT using textural elements, colors, and designs that pay homage to the facades of homes in the neighborhood where her mother is being cared for and now lives – a neighborhood that is past its prime and largely forgotten. Encased within the architectural structures that Soto has built are large heart-shaped openings symbolizing the care with which one frames a memory or a person’s likeness.

For Soto, the heart represents love, fidelity and compassion, and serves as a way to honor the past while processing the vulnerabilities of the present moment. Indeed, the challenges of the past two years have compounded feelings of loss and grief for so many, personally and culturally, and generated a collective trauma. During this time Soto has grappled with questions of: How do we let go? How do we adapt?

As in previous iterations of GRAFT, viewfinders are embedded throughout the structure, inviting guests to physically interact with the work in order to see an image related to Soto’s life in Puerto Rico. Looking into these ocular portals, one is met with images of Soto’s mother in the home she raised her children, framed family photos, memorabilia, as well as photographic examples of rejas and quiebrasoles upon which this work is based.

The act of approaching the structure and peering through these viewfinders is an intimate performance, as it is a window into precious, personal memories that Soto has chosen to commemorate and a glimpse of objects she holds dear. Perhaps, unbeknownst to them, a viewer’s participation represents their willingness to discover and empathize, and a commitment to understanding what Soto is honoring in her heart and with this work.

Edra Soto is a Puerto-Rican born multidisciplinary artist who investigates issues of race, class, cultural origins, colonialism, and political power structures, drawing on her own upbringing and relationship to diasporic identity to produce art that is both highly personal and universally resonate. Through her work, Soto aims to engage with audiences directly and empathetically, often subverting the conventions of art-viewing experience to create larger conversations where viewers might play an active role. 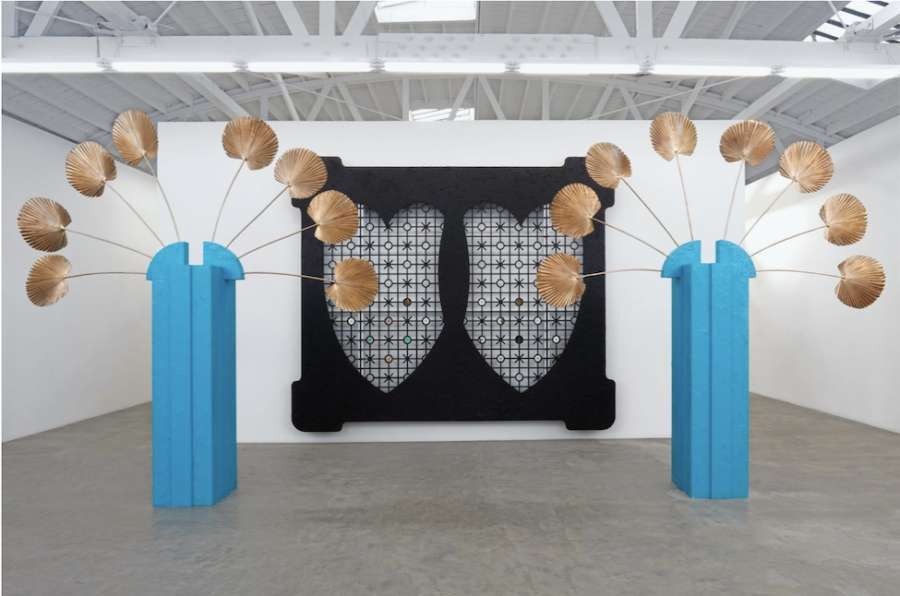