On view through Saturday, January 7th

Chicago contemporary art gallery Western Exhibitions is thrilled to announce the opening of a second location, (northern) Western Exhibitions, in Skokie, Illinois. This suburban space will expand on the Chicago location’s programming with approximately five specially curated exhibitions a year featuring work by artists from the gallery’s 20-year history.

For Sweet 16, the gallery will present one work from each of the 16 years Smith has shown at Western Exhibitions. The gallery first showed his geometric abstractions, whimsical and colorful gel pen drawings, at Art Chicago at the Mart in 2006 and he had his first solo show in 2007, showing abstract drawings that mixed beauty and danger in equal measure, enticing viewers into fields of beautiful psychedelic patterning only to reveal wickedly spiked and thorny shapes. The show will commence with Maximum Saxophone, a painting on panel from his 2021 show at Western Exhibitions, Sordid Orchestra, where each work began with one continuous, wavy line, meandering throughout the picture plain, until it ended back where it started. In a complicated juggling act of materials, Smith integrated a variety of mediums including, acrylic, enamel, gel pens, gouache and oil-based paint markers, on both paper and wooden surfaces. In between, viewers will be taken on hue-saturated rollercoaster ride of pulsating pattern, undulating curvaceous forms and fetishistic mark-marking

(northern) Western Exhibitions commissioned an essay specifically for the show, available as a take-away at the gallery, by Chicago expat Dominic Molon, the Richard Brown Baker Curator of Contemporary Art at the RISD Museum in Providence, Rhode Island . In “A dot, a line, and a pattern walk into a bar …” Molon states:

A painting such as Show Me All of Your Piercings and I’ll Tell You All of My Dreams possesses a stoic restraint in its use of white, black, gold, gray, and brown, and tightly alternating patterns. Contrast this with the fluidity and off-centeredness of Unmemorable Tryst with a Hypnotist, which layers differently patterned circular, ovoid, sunburst, and square forms (among others) with curving lines of varying thickness in a seemingly inchoate jumble. Philip Glass meets David Lee Roth … Stephen Wright meets Sam Kinison … Michael Snow meets Mel Brooks and so on. Smith fascinatingly alternates the personality of his paintings within his own oeuvre, making the inconsistency of their temperament and tone an absolute constant in his practice.

(northern) Western Exhibitions will share a renovated single-floor bow truss building on Skokie’s charming downtown corridor with WHO Modern, a mid-century modern-focused vintage store co-run by Donald Schmaltz and building owner Zach Williams. As a vintage veteran with a love for Italian furniture, Schmaltz previously co-owned Chicago’s Circa Modern and has worked as a design specialist at Toomey & Co. Auctioneers and Leslie Hindman Auctioneers. In addition to curating furniture and designed objects at WHO Modern, Schmaltz will also oversee day-to-day operations at (northern) Western Exhibitions. 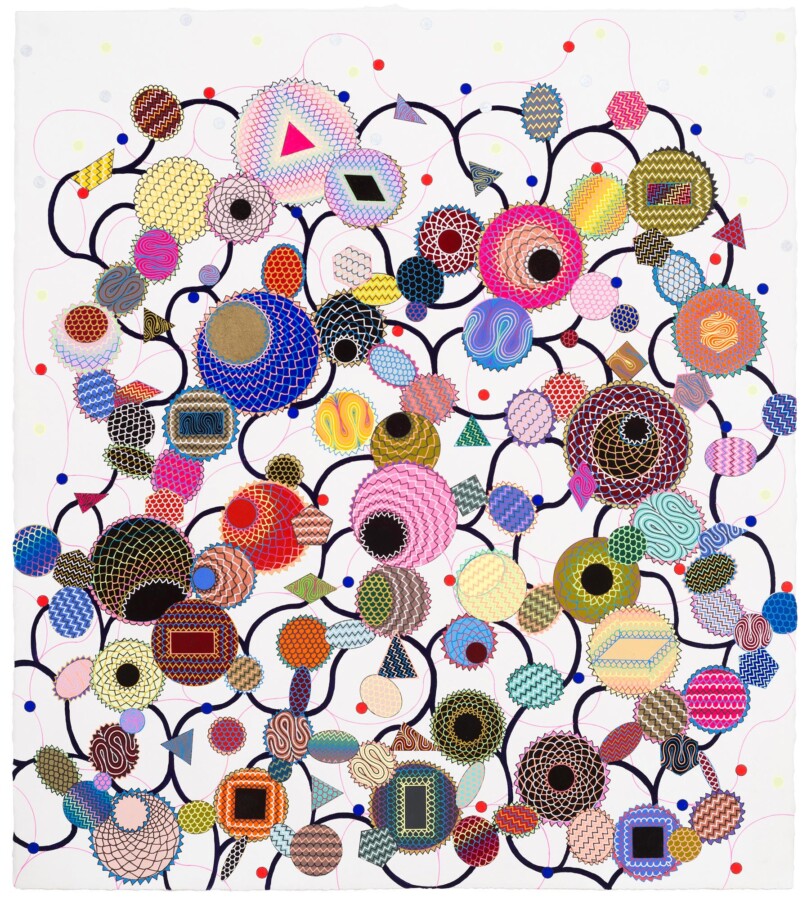