Passing Through: Screening: One Inch Leather by Lauren Beck

On view through Sunday, December 11th

“One Inch Leather” by Lauren Beck

in the Logan Center Screening Room (201)

Some betrayals are clear cut; others, not so much. “One Inch Leather” is about the instability of betrayal—and the unhinged desire to confirm an unfounded suspicion. A man—the Writer—moves into an apartment building; he arrives each morning at 9 and always leaves at 5 on the dot. Charlie, the building’s superintendent, suspects criminal activity but can’t prove it. He begins to secretly drug this new tenant with his wife’s medications, hoping this will provoke a revelation or confession. When that fails to materialize, Charlie enlists the help of a teenager from the neighborhood to hack into the Writer’s computer. What they uncover during their weekly espionage sessions is the increasingly baroque tale of a torrid affair between the Writer and Charlie’s wife, Helena. “One Inch Leather” moves fluidly between two worlds—that of Charlie’s interior obsession and perverse violation, and that of the dreamlike bubble of the Writer and Helena, at once poetic and straining credulity. These two registers have distinct visual styles, but are bridged by the use of montage, voiceover, and—most importantly—the sense that we don’t know in whom or what to place our trust.

“My hope as a director is to create films that look and feel otherworldly, and yet are anchored in the everyday lives and concerns of their characters. I began adapting the script for ‘One Inch Leather’ almost two years ago and am thrilled to have finally (almost) brought it to life.”
– Lauren Beck

Lauren Beck is both a filmmaker and a visual artist: She taught fine art at the University of Chicago as well as film at Columbia College, Chicago. Her work has been exhibited both nationally and internationally, including Gavin Brown’s Passerby, Newman Popiashvili Gallery, and the Flat Earth Film Festival in Seyðisfjörður, Iceland. She is currently based in Austin, Texas.

Presented by Logan Center Exhibitions with the support of DoVA, The Reva and David Logan Foundation, and friends of the Logan Center. 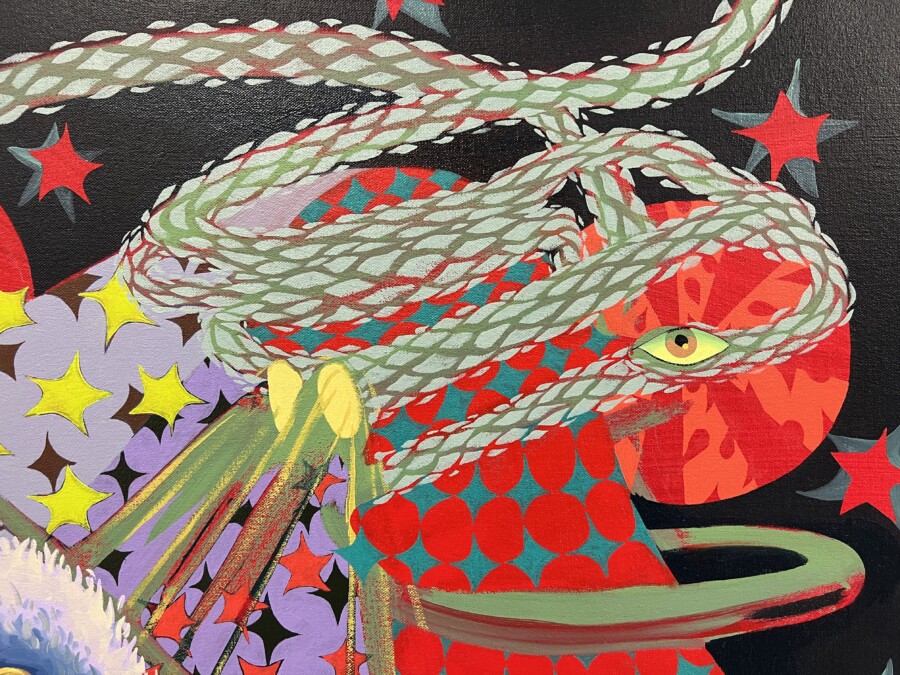