Join us for an in-person event in celebration of I’ve Had to Think Up a Way to Survive: On Trauma, Persistence, and Dolly Parton by Lynn Melnick. Melnick will be in conversation with Jessica Hopper.

Please note: Pre-registration for this event is required. By pre-registering, you are verifying that you are fully vaccinated and will wear a mask throughout the entirety of the event.

REGISTER FOR THIS EVENT HERE!

When everything fell apart for Lynn Melnick, she went to Dollywood. It was perhaps an unusual refuge. The theme park, partly owned by and wholly named for Dolly Parton, celebrates a country music legend who grew up in church and in poverty in rural Tennessee. Yet Dollywood is exactly where Melnick—a poet, urbanite, and daughter of a middle-class Jewish family—needed to be. Because Melnick, like the musician she adores, is a survivor.

In this bracing memoir, Melnick explores Parton’s dual identities as feminist icon and objectified sex symbol—identities that reflect the author’s own fraught history with rape culture and the grueling effort to reclaim her voice in the wake of loss and trauma. Each chapter engages with the artistry and cultural impact of one of Parton’s songs, as Melnick reckons with violence, creativity, parenting, abortion, sex work, love, and the consolations and cruelties of religion. Guided by Parton’s music, Melnick walks the slow path to recovery in the company of those who came before her and stand with her, as trauma is an experience both unique and universal. Candid and discerning, I’ve Had to Think Up a Way to Survive is at once a memoir and a love song—a story about one life and about an artist who has brought life to millions.

Lynn Melnick is the author of three books of poetry and a contributor to Not That Bad: Dispatches from Rape Culture. Her poems have appeared in the New Republic, the New Yorker, and the Paris Review; her essays have appeared in Jewish Currents, LA Review of Books, and Poetry Daily.

Jessica Hopper is a director, producer and author based in Chicago. In a career spanning more than twenty years, Hopper earned acclaim as a provocative, fearless music journalist before moving on to directing and producing documentary work. Most recently, Hopper directed and executive produced the upcoming four-part docuseries Women Who Rock. She is also executive producing a feature documentary, based on her history of Lilith Fair, with White Horse Pictures, which will be released in 2023. She has written for GQ, Rolling Stone, The New York Times Magazine, The Guardian, Elle, and Bookforum. A long time contributor to the Chicago Reader and she was also a columnist for the Village Voice, Chicago Tribune, and Punk Planet, as well as the music consultant for This American Life for eight years. She is the author of The First Collection of Criticism By A Living Female Rock Critic and the 2018 music memoir Night Moves. She was formerly the Editorial Director at MTV News, and Senior Editor at Pitchfork and Rookie. Her essays have appeared in Best Music Writing for 2004, 2005, 2007, 2010, and 2011. She is series editor of The American Music Series at the University of Texas Press. In 2019, Hopper served as host and executive producer for KCRW’s popular music history podcast, Lost Notes. In 2021, she co-founded Golden Teapot, a production company specializing in music and culture documentary work, with her sister, former Rookie publisher Lauren Redding. Her forthcoming book, No God But Herself: How Women Changed Music in 1975 is due out in 2025 from MCD/Farrar Straus & Giroux.

Accessibility: Email wcfbooks@gmail.com with questions or to request accommodations. 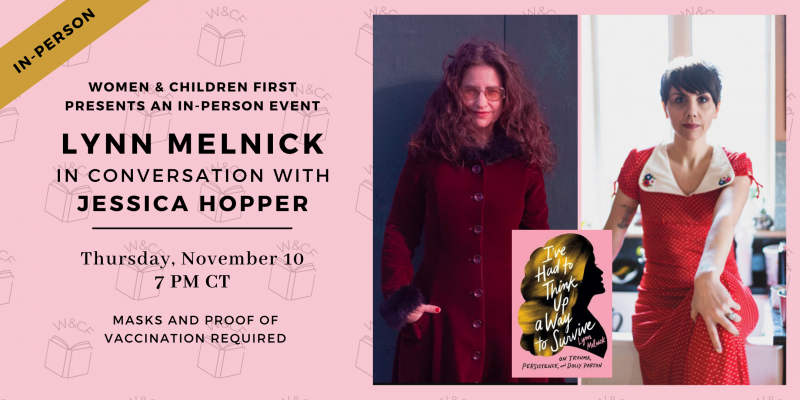