Guanyu Xu: to be seen

The Chinese American Museum of Chicago (CAMOC) is excited to announce the fifth exhibition of the Spotlight Series, featuring artist Guanyu Xu. Please join us on Saturday, November 5, from 3pm-6pm CT for the opening reception.

In a new body of work centered on an imperial robe on display in the museum, Chinatown, and the New York Times repeated coverage of COVID featuring Asian faces, photographer Guanyu Xu challenges the viewer to reconsider the parallel instances of colonization, objectification, fetishization, and racism in three temporalities. Guanyu Xu: to be seen will run from November 5 through December 17.

The Spotlight Series is a new initiative to showcase recent and past work by emerging and mid-career artists of Chinese descent locally. Curated by Larry Lee (Molar Productions), the project aims to introduce, promote and celebrate the divergent artistic visions and experiences of being Chinese in America looking at and reflecting upon our relationship to contemporary visual culture to a wider audience within our community and Chicago.

About the artist:
徐冠宇 Guanyu Xu (b.1993 Beijing) is an artist currently based in Chicago and a lecturer at the University of Illinois at Urbana-Champaign. Influenced by the production of ideology in American visual culture and a conservative familial upbringing in China, Xu’s practice extends from examining the production of power in photography to the question of personal freedom and its relationship to political regimes. He negotiates this from the perspective as a Chinese gay man. In his work, Xu migrates between mediums like photography, new media, and installation. These movements operate similarly to his displaced and fractured identity. 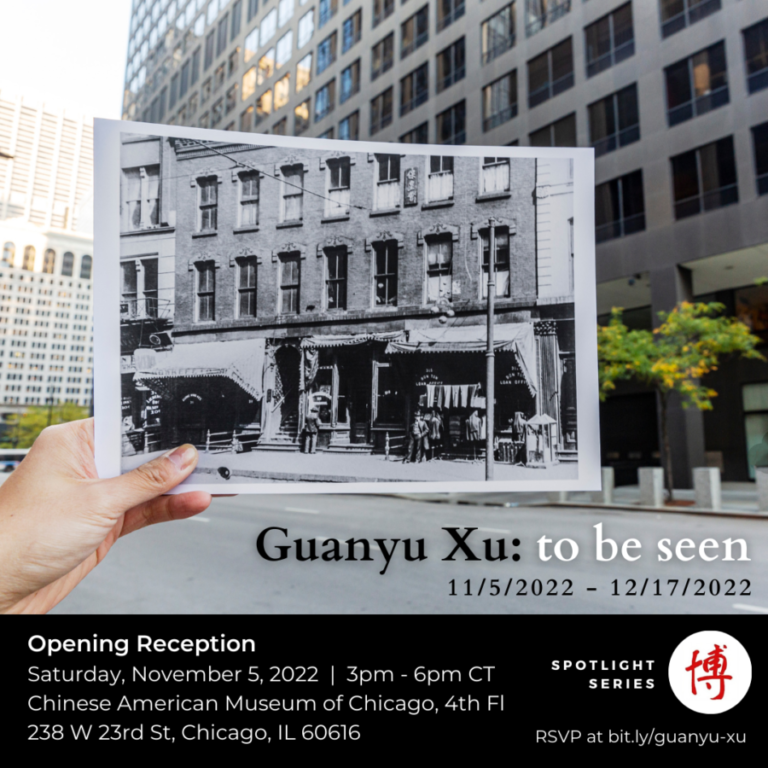