Join Haegue Yang and other exhibiting artists as they consider the rich and sometimes idiosyncratic references and resonances in their own work, while also speaking to the histories of the monochrome and abstraction broadly conceived.

Spanning a vast range of media—from collage to kinetic sculpture and room-scaled installations—Haegue Yang’s work links disparate histories and traditions in a visual idiom all her own. The artist draws on a variety of craft techniques and materials, and the cultural connotations they carry: from drying racks to venetian blinds, hanji paper to artificial straw. She is known for her multisensory environments that activate perception beyond the visual, creating immersive experiences that treat issues such as labor, migration and dislocation, replete with references to various moments of abstraction throughout art history.

Haegue Yang (b. 1971, Seoul) lives and works between Berlin and Seoul. She serves as Vice-Rector of the Städelschule, Frankfurt am Main, where she also graduated as Meisterschüler in 1999. A recipient of Germany’s Wolfgang Hahn Prize in 2018, Yang has been the subject of major solo exhibitions at museums around the world, including the Statens Museum for Kunst, Copenhagen (2022); the Art Gallery of Ontario, Toronto (2020); Tate St. Ives, United Kingdom (2020); National Museum of Modern and Contemporary Art, Korea (2020); Museum of Modern Art, New York (2019); Museum Ludwig, Cologne (2018); Centre George Pompidou, Paris (2016); Leeum Museum of Art, Seoul (2015); Haus der Kunst, Munich (2012); and the Korean Pavilion of the 53rd Venice Biennale (2009). Her work has been the subject of numerous essays and monographs and is included in public collections across Europe, Asia, and the Americas.

Yang will be represented in Monochrome Multitudes with a new installation commissioned by the Smart Museum as part of the ongoing Threshold series, titled Sol LeWitt Upside Down onto Wall – Modular Wall Structure, Expanded 20 Times, a sculpture in venetian blinds inspired by Sol LeWitt’s modular white grids set against a “quasi-Yves Klein Blue” wall, as well as a series of spice prints, titled Cinnamon Sheets Composition, on loan from a local private collector. 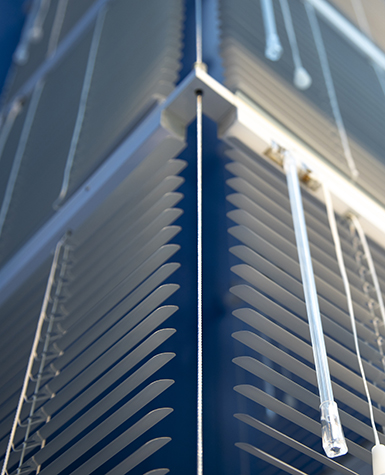