Corbett vs. Dempsey is honored to present two interrelated solo exhibitions: Ray Johnson, Silent Dog Whistle Enclosed for the Invisible Man and Karl Wirsum, Correctly Misunderstood in Johnson City. Despite their long friendship and collaboration, this is the first time the two artists’ work has been shown side-by-side.

Ray Johnson (1927-1995) is one of the great underground figures of American art. A key player behind the scenes as Pop and Conceptual Art were emerging, Johnson was both a precursor and fly in the ointment as those two categories of activity developed, and he went on in the 1960s to establish and continually interrogate playful, at times devious methods for assembling and reworking his art, and eventually for its dissemination. Fundamentally a collage artist, channeling influences from Dada and Surrealism, Johnson pieced together a singular universe built of tactile fragments, often culled from earlier work, sometimes only culminating after decades in process. The other fundamental contribution Johnson made was the use of the postal service as a means of artistic invention. He founded the New York Correspondence School and the monumental body of mail-art that he made was the central organizing principle of the recent exhibition Ray Johnson c/o at the Art Institute of Chicago (2021-22). Working with the Johnson Estate, in Silent Dog Whistle Enclosed for the Invisible Man, CvsD presents a selection of important collage and assemblage works by Johnson spanning the years 1958-1994, with special attention to a repeated image found in several of them using a profile extracted directly from a Hairy Who poster drawn by Karl Wirsum (1939-2021). Starting in the 1960s, Johnson and Wirsum maintained an active correspondence between New York and Chicago, sending letters packed with juicy collage tidbits and other suggestive ephemera, two like-minded artists gleefully tossing ideas to one another in the form of beautiful little care-packages. A drawing of singer Carmen Miranda by Wirsum made its way into Johnson’s mail-art publication A Book About Death (self-published, 1963-65). (Both sides of the Johnson-Wirsum exchange have been assembled and are now part of the collection of the Art Institute of Chicago.) In works like “Gypsy Rose Lee 1914-1970” (1971), “Untitled (Janis Joplin ‘She Clutched $4.50 in Her Hand’)” (c. 1971), and “Untitled (Wirsum Torso with Yin Yangs)” (1971), Johnson repurposed Wirsum’s image of a torso seen from behind, replete with dimply love-handles and a tuft of underarm hair, as a complex form around which to construct a collage. In Correctly Misunderstood in Johnson City, CvsD presents a group of previously unseen Wirsum drawings from a period of extensive correspondence with Johnson, 1963-64, including the aforementioned Carmen Miranda image. Wirsum, who would go on a few years later to be a member of the initial Imagist exhibition group, The Hairy Who, was an influential and beloved member of the Chicago art community until his death in 2021. This exhibition demonstrates the early and ongoing influence Wirsum had outside of his hometown, helping erode the idea that the Imagist insurgency was entirely insular or without consequence outside the Midwest in its time. In addition to the works by Johnson and Wirsum, an ancillary presentation linking the two exhibitions consists of selected examples of the artists’ original correspondences. A new ‘zine produced for the show, featuring artwork and correspondence ephemera, will be exclusively available at the gallery.

In The Vault, CvsD is pleased to debut “Stone Fruit” by Lilli Carré. The artist writes: “‘Stone Fruit’ is a hand-drawn animation created with the straight ahead technique, where animation frames are not planned but each drawing builds intuitively upon the last, at twelve drawings per second. It’s a process that invites id and improvisation, allowing the unconscious mind into the piece as it grows. ‘Stone Fruit’ was drawn while ruminating on personal and societal concerns around body and germination in this particular moment.” Carré currently teaches in the Experimental Animation department at CalArts. She is represented by Western Exhibitions, courtesy of whom “Stone Fruit” appears. 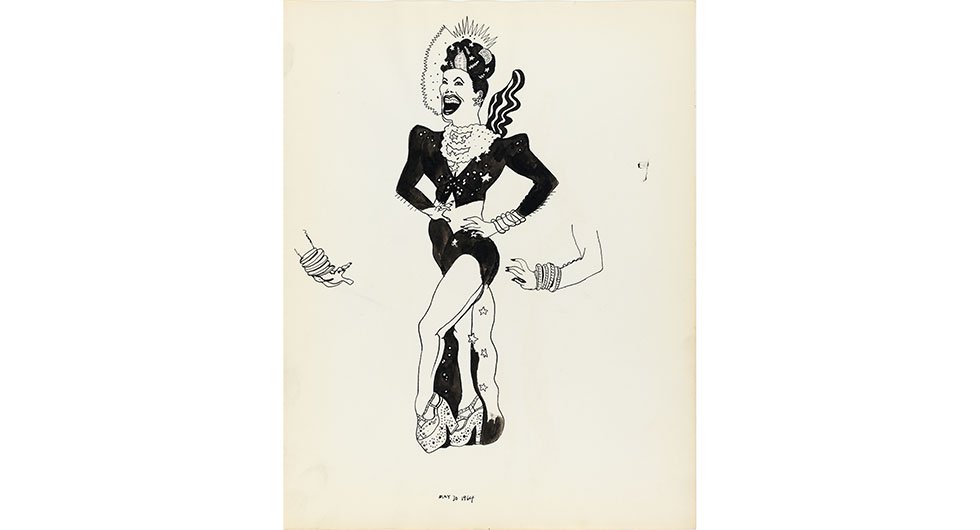