About The Last Chairlift: John Irving, one of the world’s greatest novelists, returns with his first novel in seven years—a ghost story, a love story, and a lifetime of sexual politics.In Aspen, Colorado, in 1941, Rachel Brewster is a slalom skier at the National Downhill and Slalom Championships. Little Ray, as she is called, finishes nowhere near the podium, but she manages to get pregnant. Back home, in New England, Little Ray becomes a ski instructor. Her son, Adam, grows up in a family that defies conventions and evades questions concerning the eventful past. Years later, looking for answers, Adam will go to Aspen. In the Hotel Jerome, where he was conceived, Adam will meet some ghosts; in The Last Chairlift, they aren’t the first or the last ghosts he sees.

About John Irving: John Irving was born in Exeter, New Hampshire, in 1942. His first novel, Setting Free the Bears, was published in 1968, when he was twenty-six. He competed as a wrestler for twenty years, and coached wrestling until he was forty-seven. He is a member of the National Wrestling Hall of Fame in Stillwater, Oklahoma. In 1980, Mr. Irving won a National Book Award for his novel The World According to Garp. In 2000, he won the Oscar for Best Adapted Screenplay for The Cider House Rules. In 2013, he won a Lambda Literary Award for his novel In One Person. An international writer, his novels have been translated into almost forty languages. His all-time bestselling novel, in every language, is A Prayer for Owen Meany. A dual citizen of the United States and Canada, John Irving lives in Toronto.

About Jason Reynolds: Jason Reynolds is a #1 New York Times bestselling author, a Newbery Award Honoree, a Printz Award Honoree, a two-time National Book Award finalist, a Kirkus Award winner, a Carnegie Medal winner, a two-time Walter Dean Myers Award winner, an NAACP Image Award Winner, and the recipient of multiple Coretta Scott King honors. He’s also the 2020–2022 National Ambassador for Young People’s Literature. His many books include All American Boys (cowritten with Brendan Kiely); When I Was the Greatest; The Boy in the Black Suit; Stamped; As Brave as You; For Every One; the Track series (Ghost, Patina, Sunny, and Lu); Look Both Ways; Stuntboy, in the Meantime; Ain’t Burned All the Bright; My Name Is Jason. Mine Too. (with Jason Griffin); and Long Way Down, which received a Newbery Honor, a Printz Honor, and a Coretta Scott King Honor. He lives in Washington, DC. You can find his ramblings at JasonWritesBooks.com. 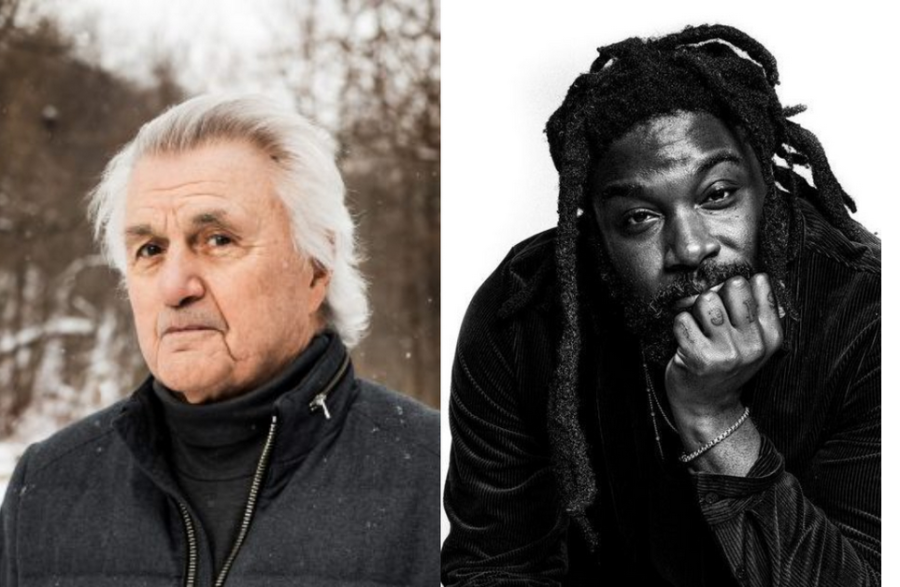