Opening Saturday, October 15th, at 11AM

Please join us for a preview of work-in-progress by JeeYeun Lee. We will gather at Steelworkers Park with Lee, Gina Roxas (Prairie Band of Potawatomie), and Billie Warren (Pokagon Band of Potawatomi Indians) to share a 30 minute audio guide focusing on the Calumet Park, the furthest southern point of landfill into Lake Michigan created in the City of Chicago. This preview represents one of six sites of Shore Land, which will debut in 2023.

Gina Roxas is Program Director and Medicinal Garden Manager at Trickster Cultural Center. Gina is a citizen of the Prairie Band Potawatomi Nation in Mayetta, Kansas. She has studied the environment through a multifaceted lens of traditional teachings from her Grandmother and family Elders as well as the humanities and science.

Billie Warren is an educator, water protector, environmental consultant, and beadwork artist. She is a citizen of the Pokagon Band of Potawatomi Indians and is Bear Clan. She is founder of Jibek Mbwakawen Inc., a nonprofit that connects people back to the land from an indigenous perspective.

From the first years of white settlement in Chicago, the Lake Michigan shore has been intensely engineered. Over the years, land has been constructed along the lake from trash, rubble of the Chicago Fire, dirt dug up from highway construction elsewhere in the city, and sand from the Indiana Dunes and the bottom of Lake Michigan. Now, more than 5.5 square miles of lakefill stretch across 30 miles of shore from Evanston to Indiana.

Most of this land is park space, hard won over decades by advocates inspired by Daniel Burnham’s 1909 Plan of Chicago. Often described as visionary and enlightened, the plan was also meant to facilitate business tycoons’ goals of creating wealth and reducing labor conflict. Parks were meant as recreational opportunities to divert working class laborers’ anger and resentment. Today’s concerns mostly center on extending public access along the privately owned sections north and south of the current lakefront trail, as well as addressing erosion and the increasing effects of climate change on lake levels.

Yet this land technically does not belong to the City, or to the public. As the Pokagon Band of Potawatomi insisted in a 1914 lawsuit against Chicago, the lakefill extends beyond treaty boundaries and thus was never ceded by Native people. What does it mean that this much-vaunted public lakefront was born from an elitist vision of urban control and breaks treaty law by its existence?

This audio piece contemplates the liminal space between land and water as simultaneously a public good, treaty violation, and strategy to suppress insurgence. Six audio tracks will map onto six locations along the Chicago lakefront, meant to be listened to while walking, moving or simply being on this made land. Looking at how language creates place, even as place exceeds human language, Shore Land incorporates interviews, laws, treaties, stories, and songs in English, Potawatomi, and Korean.

JeeYeun Lee is an interdisciplinary artist, writer, and activist based in occupied Potawatomi territory now known as Chicago. Through performance, objects, and socially engaged art, her work explores dynamics of connection, power, violence and resistance. Her work has been shown in Chicago, Detroit, Santa Fe, Ohio, Missouri, and France. She has worked with social justice and community-based organizations for over thirty years in immigrant rights, economic justice, LGBTQ issues, and domestic violence. She holds an M.F.A. in Fiber from Cranbrook Academy of Art, M.A. in Ethnic Studies from the University of California at Berkeley, and B.A. in Linguistics from Stanford University. For additional information, please visit jeeyeunlee.com.

This work is a part of Navigations, a series of artist projects shared and realized in public/common space. This work has been supported bythe Awesome Foundation (Chicago chapter), the Puffin Foundation, and the Individual Artist Program of the Chicago Department of Cultural Affairs and Special Events. 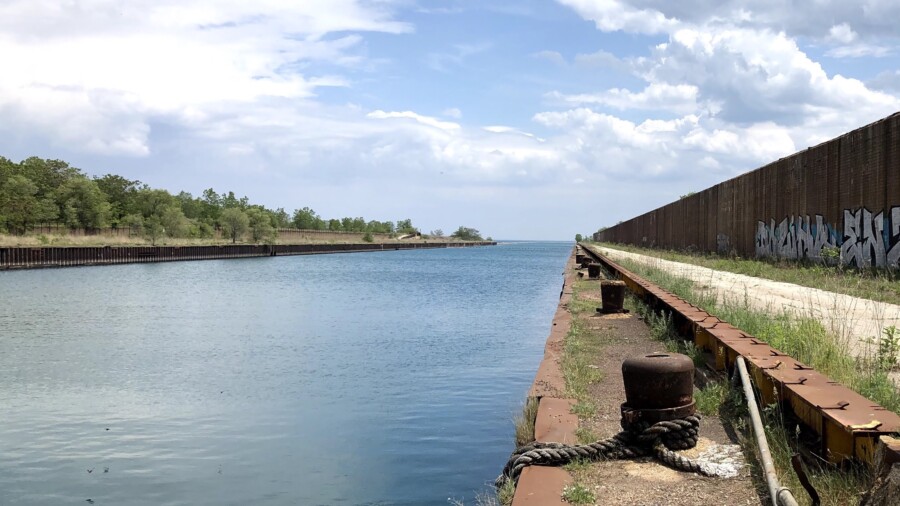