@ The Museum of Contemporary Art Chicago

Join Chefs Jason Hammel and Clifford Rome for a discussion moderated by the MCA’s Chief Operations Officer Gwendolyn Perry Davis on the roles of cornerstone cultural organizations and how they can authentically, ethically, and poignantly exist while contributing to their surrounding neighborhoods.

This conversation is organized by the collaborative efforts of both our Audience Experience team and our Strategic Communications team.

Chef Jason Hammel is the executive chef and owner of award-winning Lula Café in Chicago’s Logan Square community. Known for his trailblazing, creative seasonal cuisine, Chef Hammel was an original voice of the farm-to-table movement, which he helped pioneer at Lula Café beginning in 1999.

Chef Clifford Rome is the owner and founder of Peach’s Restaurant and Rome’s Joy Companies. Previously he worked with renowned chefs Wolfgang Puck and François Kwaku-Dongo at Spago Restaurant as a line chef and member of their catering team. Most recently, Chef Rome has been actively training people seeking opportunities to expand their skill set within the service and hospitality industry through his training program Mise En Place.

Gwendolyn Perry Davis is the is the Chief Operating Officer at the MCA. She provides direction and oversight for the MCA’s daily operational functions, including the museum’s Diversity, Equity, and Inclusion program. Gwendolyn joined the MCA in 2011 and previously led the MCA’s Development Department. 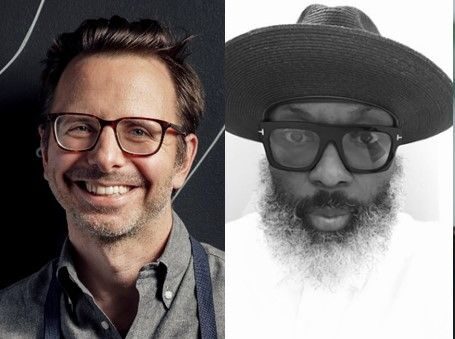