On view through Friday, October 28th

Columbia College Chicago’s Glass Curtain Gallery is pleased to present Piece of Consciousness a solo exhibition by Cecilia Beaven, a Chicago based artist from Mexico City.

In Piece of Consciousness, Beaven thoroughly investigates the imagination, absurd humor, and the cartoonish playfulness that are characteristic of her work. Consisting of paintings, comics, animation, ceramics, and sculpture, she uses fictional storytelling with a stylized graphic visual language to reference pre-Columbian iconography and mythical realms. The promotional image for this exhibition, entitled Biting Self, is emblematic of the fanciful imagery Beaven uses to direct her narratives. Beaven taps into Aztec cultural symbols often referencing folkloric animals and human animal hybrids, to play with narratives including those of creation, God, warriors, and spirit animals.
Beaven’s practice is one of observation and representation of the self and its vulnerability. She exposes a humanly shared nature and consciousness while holding on to the understanding that facts are complicated, and that history and mythology are routinely intertwined—in fact the word for history and story are the same word in Spanish (historia). Imbued with empathy and curiosity, Beaven’s work connects with the viewer to form a collective sympathy through a self-ethnographic narrative. As a result, we navigate the journey of being a woman within Beaven’s world—whether that be one we also experience, or an imaginary one the artist has created.

During the run of Piece of Consciousness, a full-color catalog will be issued that includes an essay by Director of Exhibitions, Cecilia L. Vargas. This exhibition runs from September 6 through October 28, 2022 with a catalog release party on October 28th from 5–7 p.m. and a comics workshop on October 1st, 1–3 p.m.

This project is partially supported by a grant from the Illinois Arts Council Agency.

Cecilia Beaven is a visual artist from Mexico City based in Chicago. Beaven holds an MFA in Studio Art from the School of the Art Institute of Chicago which she attended as a Fulbright scholar and a BFA with honors from ENPEG La Esmeralda in Mexico City. Her multidisciplinary artwork—which includes murals, painting, drawing, animation, comics, and sculpture—has been shown in solo shows in Mexico City, Houston, and Chicago, and in group exhibitions in Mexico, the United States, Colombia, Sweden, Italy, and Japan. Beaven has painted murals in several cities (such as Hiketa, Japan; Paris; Houston; Chicago; and in Mexico in Oaxaca, Pachuca, Tepoztlan, Tijuana, and Mexico City) where she was commissioned to paint a segment of the border wall between Mexico and the US. She has been awarded distinctions such as the Fulbright Scholarship, the Leroy Neiman Foundation Fellowship at Ox-Bow School of Art, and the Radicle Studio Residency at Hyde Park Art Center. 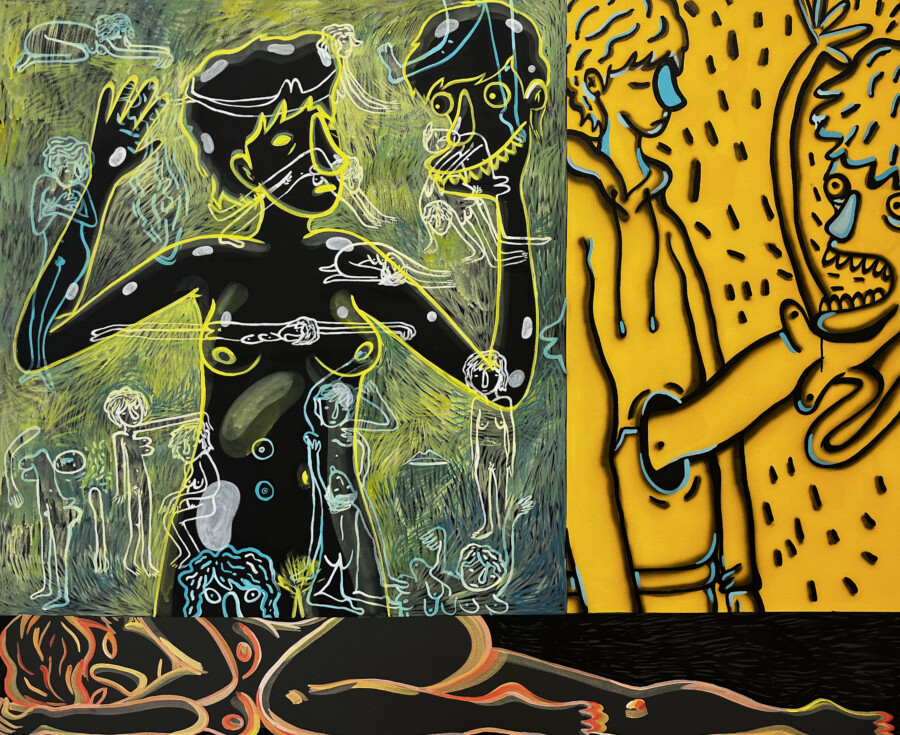