On view through Sunday, October 23rd

MICKEY is pleased to present Sinkhole Project Is Presenting:, a group exhibition organized by Joe W. Speier. The show includes works by Robert Bittenbender, Hana Earles, Jasmine Gregory, Madeline Kuzak, Alison Peery, Joe W. Speier, Amy Stober, & Michelle Uckotter. This is the gallery’s first group exhibition and will open with a reception Friday September 16th from 6-9. The exhibition will be on view until October 23rd.


“To me this show is about collage. It is utilized by every artist in this exhibition at some  point during production. Some collage digitally- as preliminary sketches for more traditional approaches, some in a more straight forward sense- by sourcing photos and organizing them on a surface with an adhesive. Some collage objects and ephemera, akin to quilting, jamming things into frameworks that are sometimes tightly made or almost falling apart . The act of collaging is, to me, violent. It forces things to be together and bound. It reinforces the notion that all things are merely the sum of their parts, and not always what they seem to be. When I curate I feel like a collagist; I mostly just want to see different things next to one another.”

Robert Bittenbender (b. 1987, Washington, DC ) is an artist, writer & performer living in New York City. He has recently exhibited in group presentations at Andrew Kreps (NYC) and was included in the 2019 Whitney Biennial. Upcoming, He will present new works at  Triest (Brooklyn) as part of a duo show with musician/painter Laszlo Horvath, and well as a group show at The Drawing Center (NYC) early next year.

Hana Earles (b. 1996, Australia) is an artist based in Melbourne. She is currently Exhibiting in Our Interesting Life: the Final Chapter, a three person show with Billy Colthurst and Tony Just at Efremidis (Berlin). Her recent exhibitions include: Inspiration People, Meow (Melbourne 2022); Notes, Guzzler (Melbourne 2021).

Jasmine Gregory (b. 1987, Washington D.C.) lives and works in Zurich. She has most recentently had solo exhibitions at Kings Leap Fine Arts (NYC), Les Urbaines (CH), Kunsthalle Zürich (CH), Karma International (CH,), and Park View/ Paul Soto (BXL/L.A.).
Madeline Kuzak (b. 1993, Detroit, MI) is an artist who lives and works in Brooklyn. She has presented her work nationally and internationally. Most recently she’s staged solo exhibitions at Darkzone (New Jersey) and In Lieu (L.A.) she has also participated in group exhibitions at Shoot the Lobster (NYC), Baitball #2 (Italy), Sadka (Poland), and ASHES/ASHES (NYC).

Amy Stober (b. 1994, Oakland, NJ) lives and works in Baltimore, MD. Stober’s recent solo exhibitions include Self Storage at A.D. Gallery (NYC), and Holding Patterns at Springsteen Gallery (Baltimore, MD). Recent group exhibitions include Electric Affinities at T293 Gallery (Rome, IT), and One Work – One Week – One Piece, curated by Daisy Sanchez (NYC). Her work has also been included in exhibitions at Interstate Projects(Brooklyn, NY); 891 N. Main (Providence, RI); and Catbox Contemporary (Queens, NY). She is currently included in group exhibitions at Tilling (Montreal QC) and Chapter (NYC). 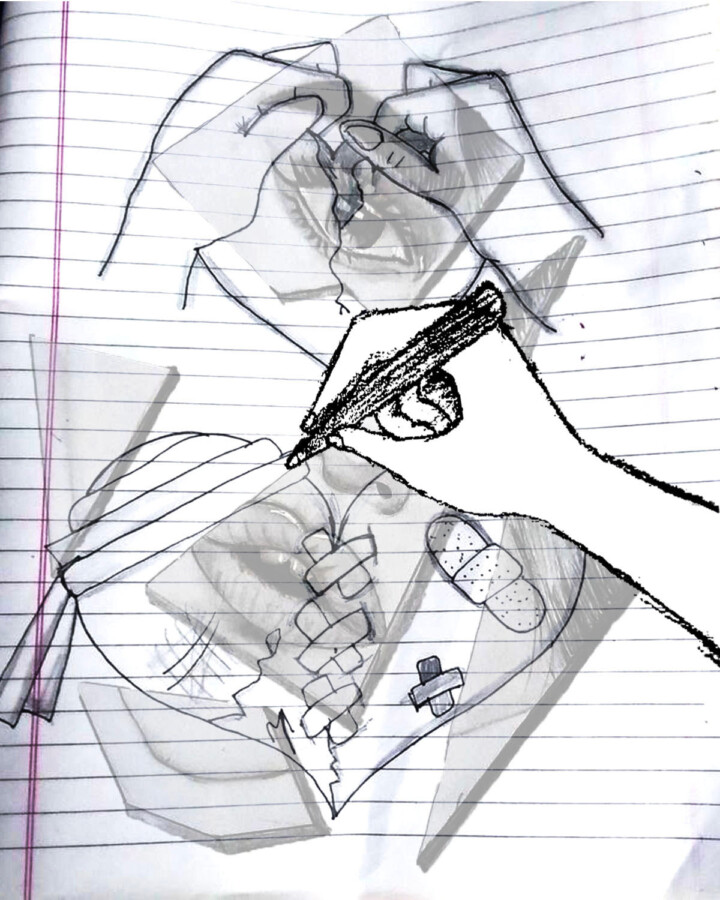