On view through Saturday, October 15th

The exhibition Double Run Eight features work artist Kioto Aoki created with several moving image cameras from the Rod Slemmons Camera Collection: a Bell & Howell Filmo series Double 8, Cine Kodak Model B and a Kodak enlarger. The double 8 camera runs 16mm film through one way, exposing one half of the frame. The roll is then flipped and run back through again, this time exposing the other half of the frame; the final processed film is split down the center as two images.

The work in this exhibition keeps the film in its original form at 16mm width. Projected into the corner of the room, the vertical line simultaneously divides and reinforces the encounter of the two lateral frames. The film itself accentuates and plays with these visual collisions and inversions.

The accompanying photographs are created by rephotographing the single frames of the 16mm work; these images present a different visual and temporal engagement, prompting us of the innate relationship between the still and the moving image. The analogue translation from negative to positive is now traceable, traversing the mediums of photography and cinema, through abstracted interpretations of the frame, motion and time.

Double Run Eight is part of an ongoing series of photography exhibitions in Slemmons Gallery in which contemporary photographers use antique cameras from the Rod Slemmons Camera Archive to create new bodies of work. This series is offered in partnership with The Chicago Cluster Project.
For more information and sales inquiries, please email art@epiphanychi.com.

To RSVP for free the opening reception on September 9, 6 to 9pm in Slemmons Gallery, follow the link below: 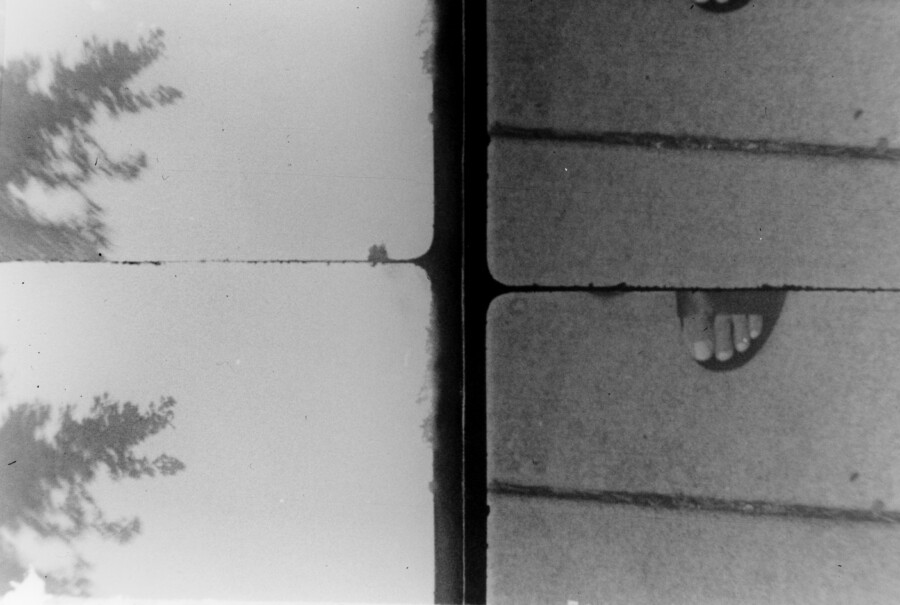