Jesse Malmed: You Can’t Get There from Here

On view through Sunday, September 25th

Logline: five characters in search of comfort, find themselves returning eternally to a waiting room — something like commuting, something like jet lag from existential time travel — in a town full of wacky neighbors.

As in previous exhibitions and projects like Excerpts from Alfabet City (Spertus Institute), The Month Show with Jesse Malmed (PRINtTEXT), How to have your/ own television show!/ (you already do) (a 2016 film), The Live to Tape Artist Television Festival (Links Hall 2015 and beyond) and ‘OOO’ (as part of Worldplay at Produce Model), You Can’t Get There from Here proposes a television show articulated through objects and gestural performances. A situationist comedy, if you might, YCGTFH uses Comfort Station as a station and as a site for that great comfort: the sitcom.

Teetering between the great existentialist texts like Six Characters in Search of an Author and No Exit and the classic form of the polyphonic ensemble television show, YCGTFH explores the humdrum repetitions and inescapable rhythms of not-late-enough capitalism through oblique but humane character studies. If (Samuel Beckett’s) Happy Days is the pilot, this is episode 6 of season 3: we know the characters and their routines. Stuck in an in-between place, a way station you leave but return to each week (unless shooting is off that week).

Jesse Malmed is an artist, curator and educator living and working in video, performance, text, installation, events, occasional objects, their gaps and overlaps and Chicago. 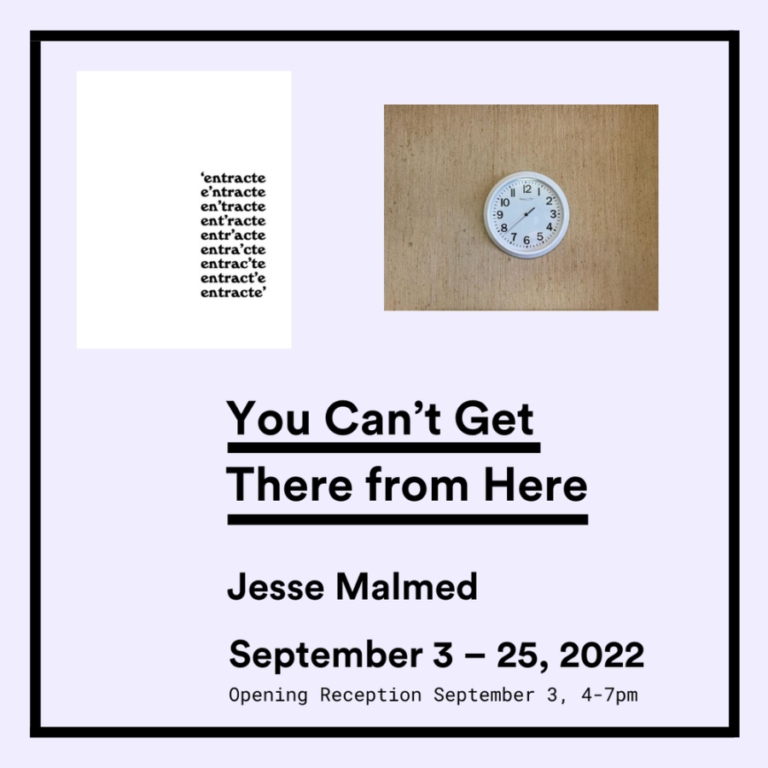