All That Light: Performance Showcase

On view through Sunday, September 11th

During the closing weekend of “All That Light,” audiences are invited to a culminating performance showcase featuring some of the most ascendant musicians, performers, and experimental artists who have participated in UChicago’s Arts + Public Life (APL)/ Center for the Study of Race, Politics, and Culture Artist-in-Resident (AIRs) program.

The evening includes live music, performa,nce, poetry and film. This ticketed event is free and open to the public. RSVPs are requested.

Join us early at 6pm for a tour of the Logan Center Gallery with “All That Light” curator, Tracie D. Hall.

For the last decade, Arts + Public Life (APL) and the Center for the Study of Race, Politics and Culture (CSRPC) have co-hosted an Artists-in-Residence program intentionally designed to center Black and Brown artists working in Chicago’s South Side. Ten years later, these AIRs alumni are among Chicago’s most compelling and successful artists, continuing the rich and broad legacy of South Side cultural production that the program was designed to honor. All That Light celebrates the remarkable impact and ongoing global reach of these ten cohorts.

The exhibition will run simultaneously across two locations:

The exhibition’s title All That Light is borrowed from a public conversation Hall led between Theaster Gates, Jacqueline Stewart, and Adrienne Brown, APL’s successive leaders, acknowledging the program’s reputation for identifying some of Chicago’s most ascendant artists and makers.

Seeking to play on the multiple meanings of light: to make things visible, to illuminate or ignite, and something that is easily carried— this exhibition is a critical survey of the cumulative impact the APL-CSRPC Artist in Residence Program (AIR) has had on the artists who have participated as well as on the audiences and communities it has drawn and convened in its first decade.

Artist, arts administrator, curator, and librarian Tracie D. Hall founded the small, but influential Rootwork Gallery in Chicago in 2016 and four years later, became the tenth Executive Director of the American Library Association, the oldest and largest library association in the world.

Prior to that appointment Hall served as Director of the Joyce Foundation’s Culture Program where she originated the Arts Leader of Color Fellowship in association with Americans for the Arts; Retool 21, an early-career development program for aspiring arts preparators in partnership with the School of the Art Institute of Chicago; the Artist as Problem Solver summits which convened artists and organizers working on arts based community development initiatives in the Midwest; and the Chicago Black Dance Legacy Project with the Reva and David Logan Center for the Arts.

Hall also served as Deputy Commissioner of the Department of Cultural Affairs and Special Events (DCASE) for the City of Chicago, where she oversaw the Arts and Creative Industries Division which included the visual and performing arts, arts-based small business, and the Chicago Film Office.

Hall has curated several breakout exhibitions including: ICONIC: Black Panther Chicago commemorating the 50th anniversary of the formation of the Black Panther Party in Illinois; Everyday Rituals: Bridging the Black Secular and the Divine; and Altar Call: The Architecture of Black Sacred Space. In 2019, she was listed among Chicago’s 50 Visual Vanguards by New City. Hall is currently at work developing a residency program for artists and writers in the South. 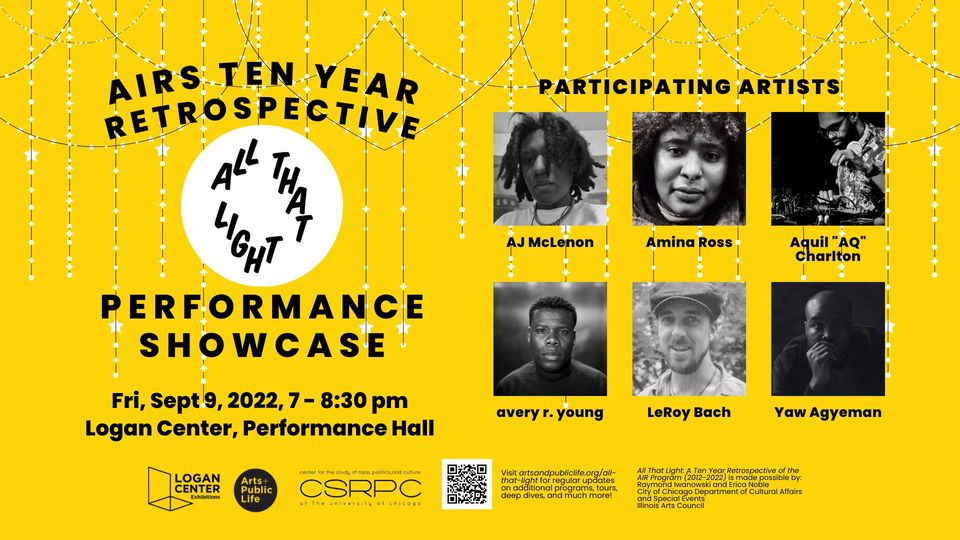