On view through Friday, September 9th

Opening Reception on Friday, August 12, from 6-8pm at the Silverroom for “Time to Rise”, our new art exhibition by Myron Laban.

Exhibition Statement:
Some of our most impactful and lasting lessons come from times of struggle and the fortitude to overcome them. We’re rewarded with the ability to see ourselves make it to the other side while appreciating the new growth along the way. Chicago visual artist and pharmacist Myron Laban embraces this perseverance in Time to Rise with a series of colorful acrylic paintings. Infused with earthy tones and warming figures, Time to Rise surrounds Laban’s focus on perseverance and healing, and through their work we’re reminded of the gratitude following transformation. We welcome viewers to embrace the therapeutic sensibilities Laban has offered in Time to Rise on view August 12 – September 9.

About the Artist: Myron Laban

Myron Laban is a 27 year old visual artist and pharmacist born of Egyptian immigrants. He is most known for his CTA Project and Uplift pieces. His “Uplift” series represents perseverance to keep moving forward during struggle, while maintaining hope that things will be okay. In 2017 he was named “best new visual artist” by The Chicago Reader and has been featured on PBS, CBS, USA Today, and other notable media outlets. Myron has incorporated his art into the community with organizations such as Hope For The Day, Chance the Rapper’s SocialWorks, Young Chicago Authors, and Boys and Girls Club of Chicago. His ultimate goal is to create art that helps people through their struggle. 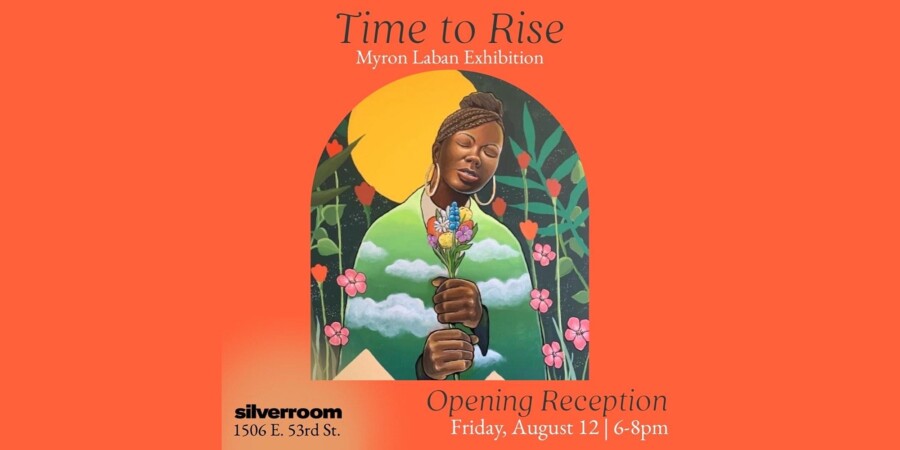