Nick Cave and Jack Cave: The Color Is: A Fashion Exhibition

On view through Sunday, November 27th

The Color Is: Fashion Exhibition takes its title from the dynamic Emerald City scene of the 1978 film adaptation of The Wiz. The fashion objects pay tribute to Black aesthetics and innovation throughout history, drawing its influence from Ebony Fashion Fair, New York City Ballroom Scene, and Black Cinema.

In preparation for his 30-year retrospective exhibition Nick Cave: Forothermore, renowned contemporary artist Nick Cave surveyed thirty years of his artistic practice. The artist, activist, fashion designer, and educator began a meditation on nostalgia, ancestry, and origins. Cave also thought about what he refers to as the “spirituality of handwork,” which is his serious consideration of how he uses his hands to build utopian objects and environments.

The work is a collaboration between Nick Cave and brother Jack Cave. The brothers studied as undergraduate students at the Kansas City Art Institute, and during the 1980s, created fashion spectacles in their community. Today, Jack Cave is a fashion designer working with both traditional and unconventional fabrics to create nonbinary, genderless clothing. Partnering with Nick for The Color Is, Jack created pieces that start from a central abstract form and build upon layers of cultural references such as hair braiding.

The Color Is consists of 40-45 couture looks and fashion objects created by Nick Cave and Jack Cave with specialty collaborators. All works are constructed from a wide variety of materials: beads, wire, sequins, recycled textiles, and custom prints. The ensembles feature intricate layering that is emblematic of human universality, highlighting complexity, color, and uniqueness. According to both Cave brothers the clothing is genderless, and more than four hundred individual items can be composed into limitless looks, all designed and crafted by the artists.

The Color Is Fashion Exhibition has been curated for the DuSable Black History Museum and Education Center by Danny Dunson, Director of Curatorial Services and Community Partnerships; fabricated by Martin Giese, Vice President of Exhibitions and Collections and Brenda Liboy, Lead Exhibitions Designer. The exhibition has been in development since 2021 and initially was shown as a live performance at The Art Edge Gala produced and presented by the MCA and held at the historic Daniel Burnham designed Roundhouse of the DuSable Black History Museum and Education Center. The Color Is is a companion exhibition to NICK CAVE: FOROTHERMORE,  a city-wide celebration of the Chicago-based artist. 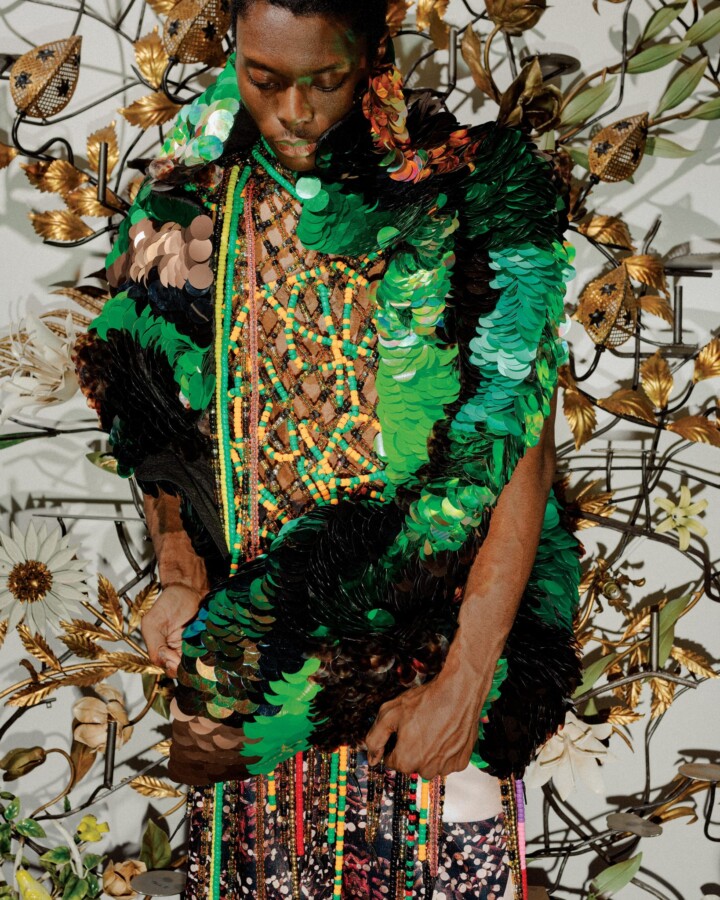