An evening of realtime audio/video performances to accompany the exhibition “Control Signals.”

Artists will present original compositions through a projector and an installation of 19 modified cathode ray tube monitors.

James Connolly is a Chicago-based artist, educator, museum worker, and archivist. His videos, open-source tools, and real-time audio/video performances undermine the interfaces and break through the algorithms of digital and analog systems, examining hidden power structures and liberating latent aesthetic materialities in cathartic and captivating compositions. He is an Associate Professor, Adjunct at the School of the Art Institute of Chicago and is the Collection Manager of the Roger Brown Study Collection.

Kyle Evans (MFA, The School of the Art Institute of Chicago) is a new media artist, sound designer, educator, and performer. Focusing on the intersection of art and technology, his work commonly explores concepts of hacking, technological failure, and digital media artifacts. He has produced and presented a wide range of tech-art performance and new media installation work throughout North America and Europe at venues such as MUTEK San Francisco, Transmediale in Berlin, the International Computer Music Conference at Columbia University, the Dallas Video Festival at the Dallas Museum of Art, the Blanton Museum of Art in Austin, Dimanche Rouge in Paris, the Vancouver New Music Festival, the Currents New Media Festival in Santa Fe, and the GLI.TC/H festival in Chicago. He is a founding board member, Managing Director, and instructor at the tech-art educational non-profit dadageek, board member and composer of the sound-art collective Rolling Ryot, co-founder of the immersive art studio dadaLab, and instructor in the Department of Arts and Entertainment Technologies at the University of Texas in Austin. He is actively involved in multiple internationally recognized collaborative and solo new media projects including Cracked Ray Tube and pulseCoder. His writings and artworks have been presented in several academic and popular publications including the Leonardo Music Journal, Computer Music Magazine, Neural Magazine, and Popular Science Magazine.

Maryam Faridani is an Iranian artist currently living in Chicago. By using moving images, installations and performance, she tries to explore how the given technical systems today leads to the creation and maintenance of a particular set of social conditions as the environment of that system.

Warning: video elements of this exhibition feature a strobing effect that may affect photosensitive viewers. 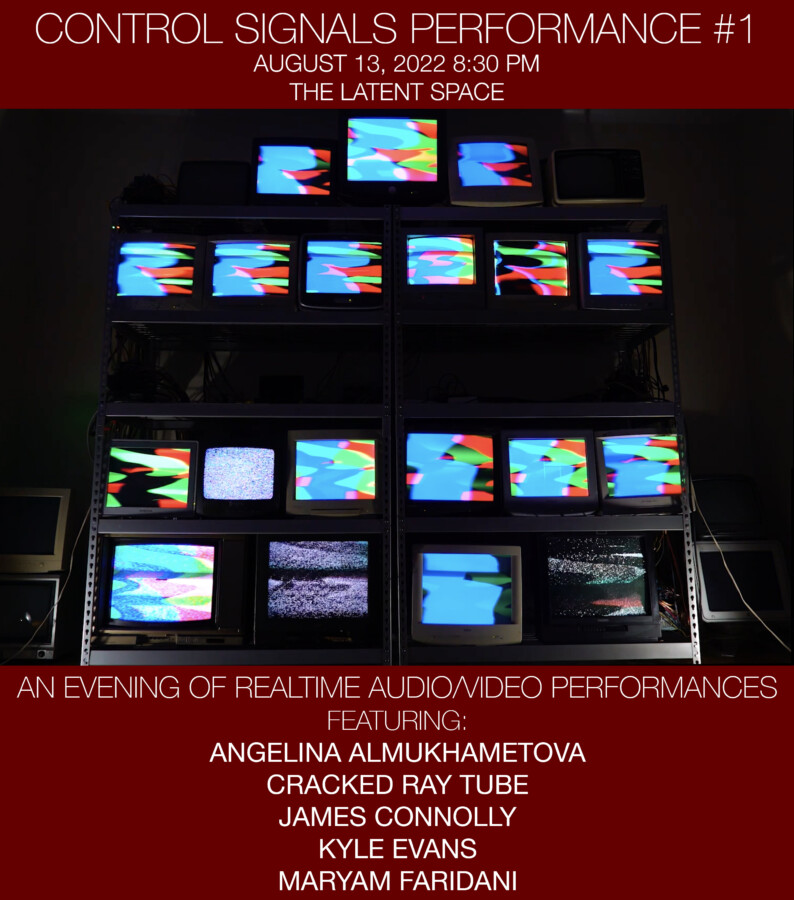