50th Anniversary of the Magnavox Odyssey

On view through Sunday, October 16th

Chicago Gamespace is pleased to present a special exhibit on the grand occasion of the 50th Anniversary of the Magnavox Odyssey, the world’s first commercially available home video game console. The exhibit is comprised of an original Odyssey and its game components from the Gamespace collection, a brief video interview with Odyssey inventor Ralph H. Baer (1922 -2014) and gameplay documentation, and Baer’s patent design for a a device to play video games on televisions.

After his initial patent, Baer and colleagues at New Hampshire-based Defense Contractor Sanders Associates, developed a television-connected device that allowed for multiple players and games. This device was referred to as the “Brown Box” for its faux-wood grain appearance. Sanders then licensed the technology to Magnavox and Baer led the development of the Magnavox Odyssey console and it was released in 1972. Its basic components are familiar to many gamers today: central console unit, controllers, game cartridges and power and output cables. Several dozen games were created for the Odyssey including Table Tennis, a concept that was refined by Allan Alcorn into Pong for Atari. Since it was only capable of displaying three white squares and line, Odyssey games featured screen overlays that players would affix to their television sets to enhance their visual gameplay experiences. 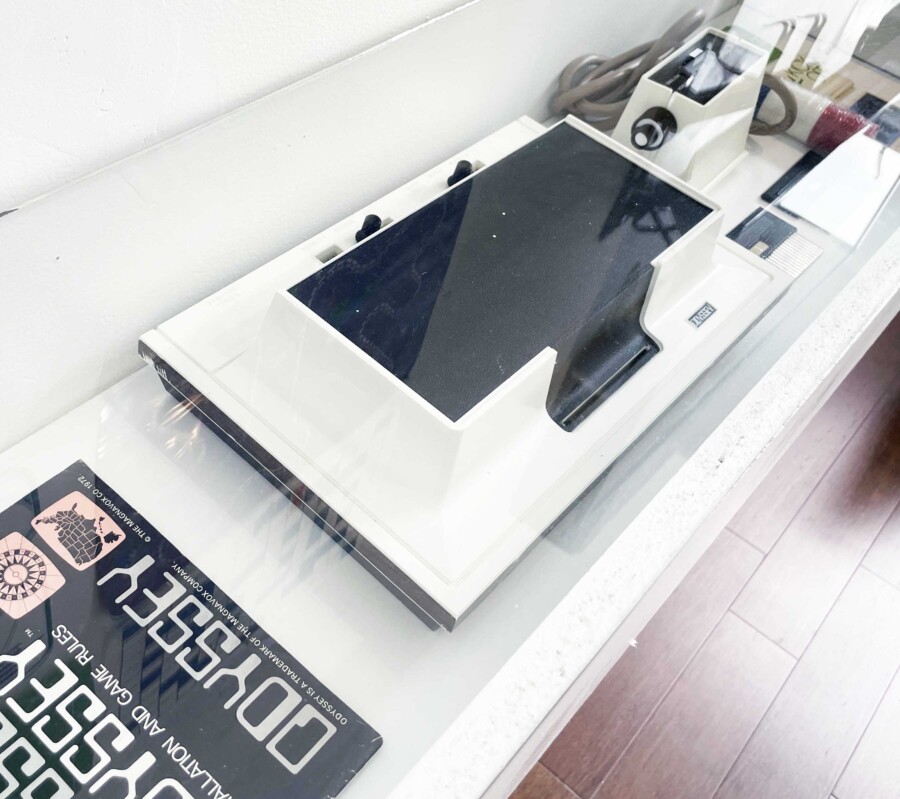