Join us for a virtual conversation on Women & Children First’s Crowdcast Channel celebrating the release of Body Language: Writers on Identity, Physicality, and Making Space for Ourselves edited by Nicole Chung. For this virtual event, editor Nicole Chung will be joined by contributors Taylor Harris, Karissa Chen, Maggie Tokuda-Hall, and Austin Gilkeson.

A kaleidoscopic anthology of essays published by Catapult magazine about the stories our bodies tell, and how we move within—and against—expectations of race, gender, health, and ability

Bodies are serious, irreverent, sexy, fragile, strong, political, and inseparable from our experiences and identities as human beings. Pushing the dialogue and confronting monolithic myths, this collection of essays tackles topics like weight, disability, desire, fertility, illness, and the embodied experience of race in deep, challenging ways.

Selected from the archives of Catapult magazine, the essays in Body Language affirm and challenge the personal and political conversations around human bodies from the perspectives of thirty writers diverse in race, age, gender, size, sexuality, health, ability, geography, and class—a brilliant group probing and speaking their own truths about their bodies and identities, refusing to submit to others’ expectations about how their bodies should look, function, and behave.

Covering a wide range of experiences—from art modeling as a Black woman to nostalgia for a brutalizing high school sport, from the frightening upheaval of cancer diagnoses to the small beauties of funeral sex—this collection is intelligent, sensitive, and unflinchingly candid. Through the power of personal narratives, as told by writers at all stages of their careers, Body Language reflects the many ways in which we understand and inhabit our bodies.

Nicole Chung is the author of All You Can Ever Know: A Memoir, a contributing writer at The Atlantic, and the former editor-in-chief of Catapult magazine.

Austin Gilkeson has written for Tin House, Foreign Policy, Vulture, McSweeney’s, Tor.com, The Toast, and other publications. He currently lives outside Houston with his wife and son.
Karissa Chen is a writer who splits her time between New Jersey and Taipei, Taiwan. Her work has appeared in numerous publications, including The Atlantic, Bon Appetit, Eater, The Cut, NBC News, Catapult, Gulf Coast, PEN America, and Guernica, among others. She was a Fulbright Fellow in Taiwan in 2015-2016 and was awarded a 2019 artist fellowship from the NJ Council on the Arts. She was a Mid Atlantic Arts Foundation Creative Fellow in 2017 to Millay Colony and has also received support from the Virginia Center for the Creative Arts, Kimmel Harding Nelson Center, the Ragdale Foundation, and Willapa Bay AiR. She is a Kundiman Fellow and a VONA Voices Fellow. She was formerly the Senior Fiction Editor at The Rumpus and currently serves as the Editor-in-Chief of Hyphen magazine. She received her MFA in Fiction from Sarah Lawrence College. She is currently working on a novel.
Maggie Tokuda-Hall has an MFA in creative writing from USF, and a strong cake-decorating game. She is the author of the 2017 Parent’s Choice Gold Medal winning picture book, Also an Octopus, illustrated by Benji Davies. The Mermaid, the Witch, and the Sea is her debut young adult novel, which was an NPR, Kirkus, School Library Journal and Book Page Best Book of 2020. Her graphic novel, Squad, is an Ignyte and Locus Award nominated comic book, and her newest picture book, Love in the Library, has received starred reviews from Book Page, School Library Journal, Booklist, and Publisher’s Weekly. She lives in Oakland, California with her husband, son, and objectively perfect dog.
Taylor Harris is a writer, wife, and mom of three who lives in Pennsylvania. Her work has appeared in TIME, O Quarterly, The Washington Post, Longreads, The Cut, Romper, Parents, McSweeney’s, and other publications. 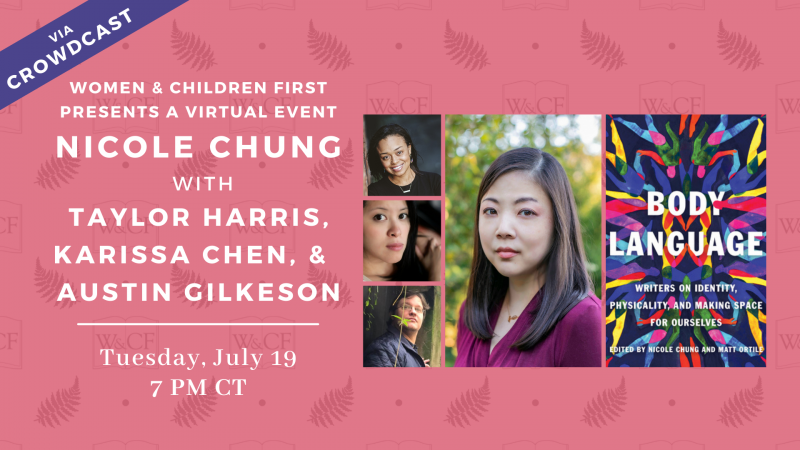