Lynn Basa: Hoodoos and Other Anomalies

On view through Saturday, July 23rd

Hoodoos and other anomalies: New painting and sculpture by Lynn Basa

On Jan 8, 2022, hundreds of small wind-carved sand formations appeared overnight on the shore of Lake Michigan near St. Joseph. Rarely seen and short-lived, these “sand hoodoos” became the launching point for Lynn Basa’s new series of ceramic sculptures. More inspiration than documentation, they are a continuation of Basa’s process to foreground the essential nature of materials by setting up situations for accidents to happen. After wheel-throwing the forms she allows gravity to take its course by slumping, dropping, and battering the clay while it is still malleable. The glaze firing adds the final unpredictable element.

Basa’s paintings are handled similarly. She works in encaustic, an ancient medium combining oil pigments and beeswax that is applied while melted and fixed by heat. Not coincidentally, it shares some primary characteristics with clay in the way it reacts unpredictably to heat, can be layered and carved, and is at its best when least controlled. Her process acts out the personal. She scrapes the faces off of paintings that took days to build up, not only to reveal the memory of what happened beneath but as an action of dissatisfaction with what she had accomplished.  Alternately revealing and concealing, she is always searching.  She is influenced by the angst and awkwardness in the non precious handling of materials by artists such as Phyllida Barlow, Ruth Duckworth, Peter Voulkos, and Neanderthals.

Letting go of control, seeing what happens when the id supercedes ego, sums up the course of Basa’s evolution as an artist. In the series preceding this work she explored the question, what would Neanderthals make? Before the human species was touched by religion, class, discrimination, status, money, theory, before the influence of art history, what would art look like that was truly unselfconscious? In Basa’s case it looked like suspended three dimensional weavings of twigs, sticks, and other things found in the woods that were open for interpretation. Were they meant for ritual, warning, way finding, decoration, play, shelter, traps? This exercise in ambiguity paved the way for her current work.

Biography
Lynn Basa is a painter and public artist based in Chicago. Her work is included in numerous public, private, and museum collections such as the Museum of Arts and Design (New York), Museum of Fine Arts (Boston), Rhode Island School of Design Museum (Providence), Spencer Museum (Lawrence, Kansas), Tacoma Art Museum, and others.  She was included in the seminal exhibit Craft Today: Poetry of the Physical organized by the American Craft Museum before traveling to the Louvre and major museums in Helsinki, Frankfurt, Warsaw, Lausanne, Moscow, Ankara, Prague, Ghent, Goteborg, Berlin and Barcelona.  Her work was also part of the Smithsonian Institute’s landmark Threadworks exhibit, which traveled throughout eastern Africa.

She has taught in the Sculpture Department at SAIC, the Hyde Park Arts Center, and Creative Capital.  She is the author of the Artist’s Guide to Public Art, now in its second printing.  Basa has an MFA from the School of the Art Institute of Chicago and an MPA in public art policy from the University of Washington, with an undergraduate degree in ceramics and art history from Indiana University.  She worked for 12 years as the founding director and curator of the University of Washington Medical Center’s art program where she guided the collection of 1500 original artworks. Prior to that, she was the curator of the Safeco Insurance Company’s permanent collection.

Basa was born in Pittsburgh and raised in Bloomington, Indiana before moving to Seattle to attend grad school.  She relocated to Chicago in 2002 for its cultural vitality, opportunities, and community.  In 2014 she started Corner, a storefront project space, and in 2017 founded a nonprofit organization called the Milwaukee Avenue Alliance. @lynn.basa 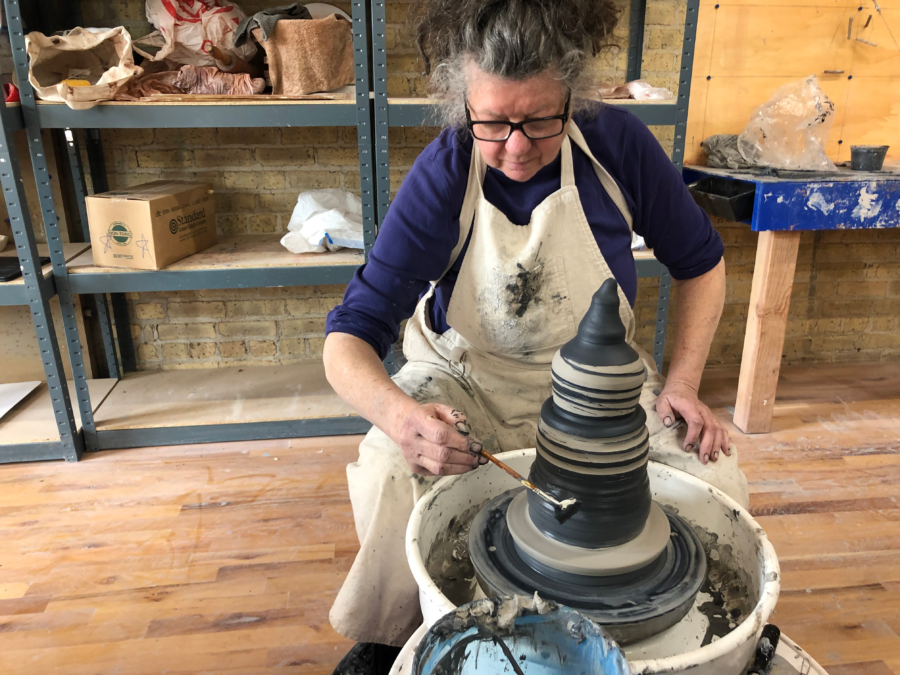