Named after a series of pressure prints by the artist, Body Rhythms is a collection of recent works by artist and storyteller Junli Song. Ranging from printmaking to ceramics, the works on display are constantly undulating. Figures move in wave-like motions while translucent colors lay smoothly on top of one another in both ink and glaze.

Inspired by the ancient Chinese cosmography, Shanhaijing, Song reinterprets tradition through a feminist, diasporic lens. With the ongoing construction of an imaginary world, Song explores how liminality can be a space for liberation. Countering the Western use of perspective, Song utilizes flatness as an Eastern artistic convention and negative space as an opening—a threshold to cross over and into. These moments of transformation, of seeing through, of absence embodied, reflect how in-betweenness can be expansive, rather than limiting.

This exhibition was organized by Vic Barquin. 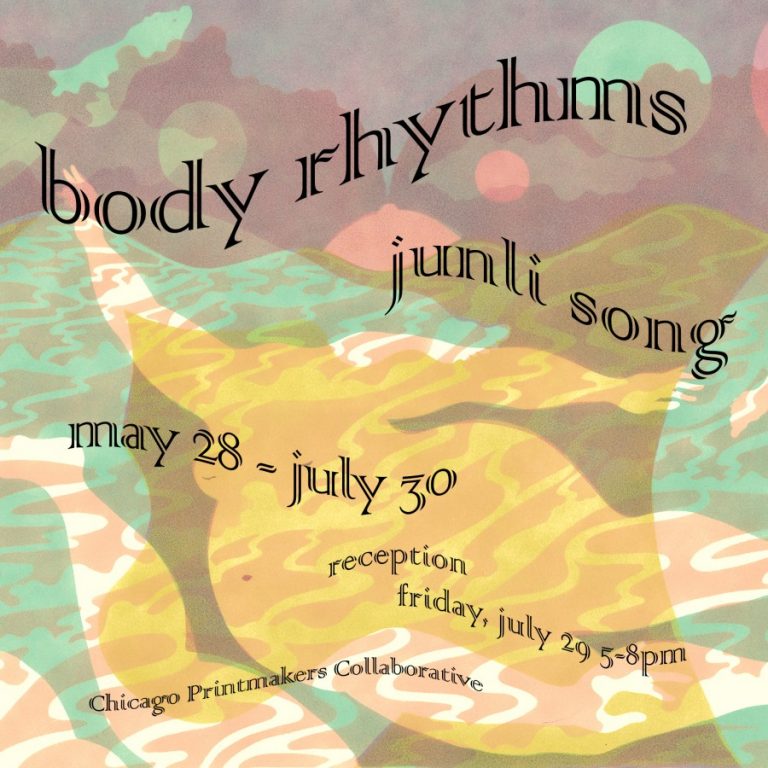