On view through Wednesday, September 7th

RESERVATIONS ARE REQUESTED. Via email: keith@rarenestgallery.com

Please join Rare Nest at this opening reception of a survey exhibition. Rare Nest Gallery has undertaken a catalog of Miller’s works. This exhibition will explore the artist’s enormous archive and will be accompanied by additional events including visits to the artist’s studio in the west loop.

For more than 60 years, the artist John Miller combined layered, gestural abstraction with rich, intense color in his paintings and prints. Miller was born in Princeton, Illinois, in 1927. He served as a sign painter in the US Army in Korea from 1946 to 1947. After returning, he attended the School of the Art Institute of Chicago and the University of Chicago. Miller passed away after a long struggle with Alzheimer’s Disease on August 30th, 2021.
In 1953, with financial assistance from local benefactors Doc Walters and his wife Shirley, a teacher in the Chicago Public School system, Miller founded the 414 Art Workshop Gallery, one of Chicago’s earliest “alternative spaces.” Miller was a member of the workshop’s faculty, teaching classes in painting, design and jewelry-making, in addition to serving with other faculty in an advisory capacity from 1953 to 1959. He was a constant and influential fixture on the Chicago art scene over the years and taught at the School of the Art Institute of Chicago from 1958 until his retirement in 1998 as Professor Emeritus. He also taught painting at Northwestern University, Evanston, Illinois (1959 – 62); the Hyde Park Art Center (1957 – 58); the University of Illinois, Chicago (1959 – 62); and several classes at Kendall College, Evanston (1964 – 65). Miller was a frequent exhibitor in the Art Institute of Chicago’s Chicago & Vicinity shows from 1952 – 1962 and was active on the board of directors of Exhibition Momentum in 1956 – 1957. He exhibited in another important alternative space in Chicago, Superior Street Gallery (1959 – 61). Except for the year he spent living in Mexico from 1970 to 1971, and a Fulbright-Hayes Teaching Fellowship spent in England during 1975, Miller lived in Chicago most of his adult life.

Miller devoted his career to exploring painterly and material issues, consistently combining a lush handling of pigment and color with an investigation into compositional structure. Miller began to concentrate on the monumental architecture of abstract, largely geometric forms set in dynamic equilibrium with energetic passages of freely painted, gestural strokes. Experiments with detritus led to large format collage paintings of laminated “junk” mail –then photographic compositions of garbage found in the alleys and streets around his west loop studio. From at least 1998, Miller translated his painterly concerns to the computer, producing unique large-scale modular archival prints that have been termed “digital paintings.” The artist layered his own photos with acquired patterns in vibrant hues, manipulating and “drafting” over progressive iterations. 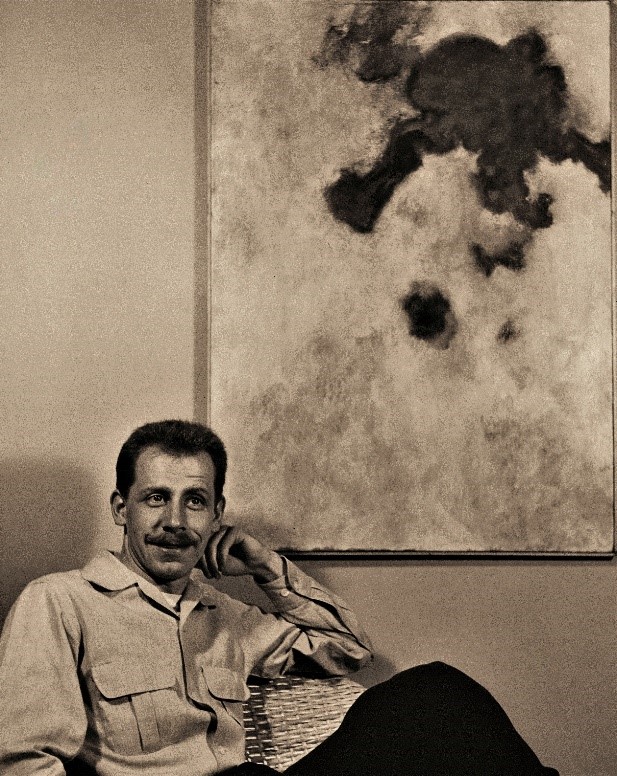