A live, in-person album release show for TAPE TAPe TApe Tape tape (TAPE for short), a tape about tape by Performer/Composer/Whatever Jenna Lyle (Parlour Tapes+/Mocrep/Throne of Lies). TAPE originally came out in 2021 (but on the internet), so this is a one-and-some-change-year late throw-down live set to belatedly mark the occasion. Lighting Environment by Nix.

From Lyle on TAPE: “Since we started Parlour Tapes, I have been obsessed with making medium-specific work, and in particular, tape-specific work, with a mind to lend meaning to cassettes beyond their immediate nostalgia (though not discounting it either). You’re never just listening to the thing recorded on the tape, you’re listening to its body, and the working bodies of every implement involved in its playing. You can hear both tape and player doing their jobs while you listen to a recording—that hummy white noise throughout, the periodicity of the gears turning, the physicality of pushing actual buttons. I find so much tactile delight, fullness, and satisfaction in the materials, and I look to the tape’s form as inspiration for indulgent, luxurious play. TAPE TAPe TApe Tape tape is documentation of a pleasure practice using cassettes and various tape-playing implements as vessels for ecstatic discovery. It’s also an ode to the Sony shoebox player/recorder I hung onto by accident after I got a minicassette recorder in college. All tracks were made in and around my apartment—the first track with only the Sony, the second with a live performance setup on the floor, and the third with the sound of an electronic hum re-recorded over itself on tape 20 times, collaged with vocalization and hacked-together analog electronics, then recorded to tape again (and collaged again).” 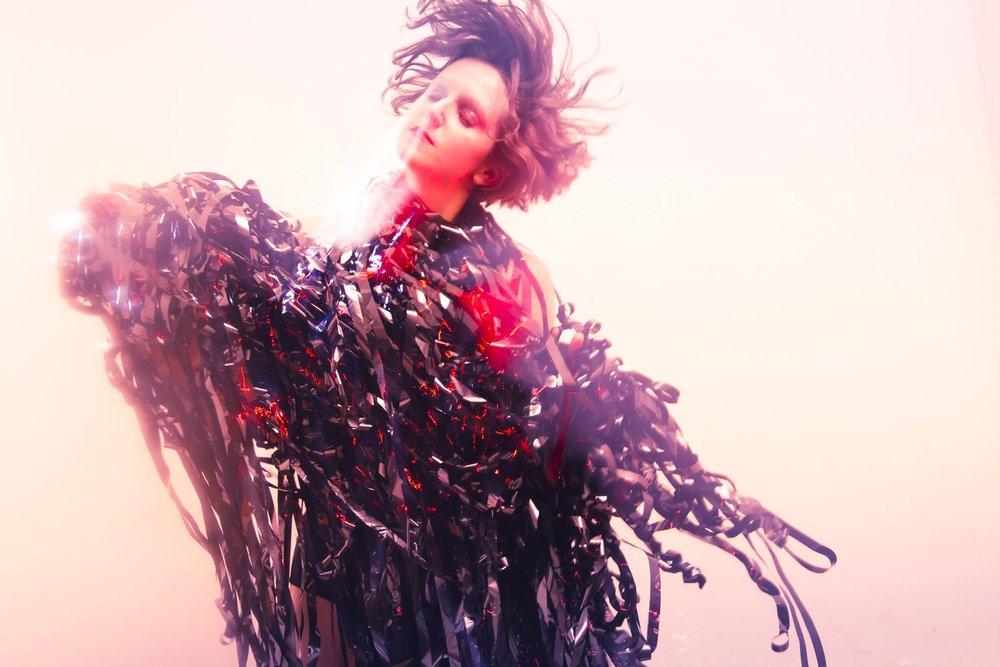