On view through Wednesday, August 31st

Grids and Gradients will show works from Sofia Hagström Møller that were made during the past 2 years, as well as new works. All her works are based on old weaving traditions from Scandinavia and many of them are produced on modern digital looms, whilst using old traditional weaving techniques in the expression of patterns.

Sofia is working with gradients, in terms of colors, but she is also integrating grids as a visual contrast. Sofia says, – “When I first saw the map of Chicago, what I noticed was that it was filled with grids, this is not usual for maps of cities in Europe. And for me as a weaver… What I saw was woven grids, of course. And for me this served as a counterpoint to gradients, which I have long been fascinated by in woven patterns.”

For Sofia’s newer works in Compound Yellow, she is integrating the color yellow,. She will be exploring the various shades of yellow and bring them forward in her process of expression. How do the many nuances of yellow interact with the other color gradients, and how does the woven cloth enhance or detract from the saturation of yellow?

Grids and Gradients will be shown 31 July – 31 August

The workshops that are held during the exhibition will relate to weaving gradients, using the Hello Looms, and there will be a yarn dying workshop where the exploration will take inspiration from Sofias work, by using yarns to dye in different gradients.

Sofia Hagström Møller is a Nordic textile artist based in Copenhagen. She develops woven works for decorations in the public space and for art exhibitions. Sofia explores the woven fabrics, with both analog and digital control of the loom. The inspiration for her artworks are often based on the Nordic craft traditions, but with a playful process of creation and a modern twist.

She is currently working on an upcoming exhibition in Sweden 2023, teaches at the Weavers Guild in Copenhagen and is a guest lecturer at Funen Art Academy, Skals Handicraft School, Rødding Folk High School and Greve Weaving School.

Sofia collaborates with Professor Marianne Fairbanks from the University of Wisconsin and is the european researcher for WeavingLab.com in the USA.

Find out more at: https://sofiahagstrommoller.com 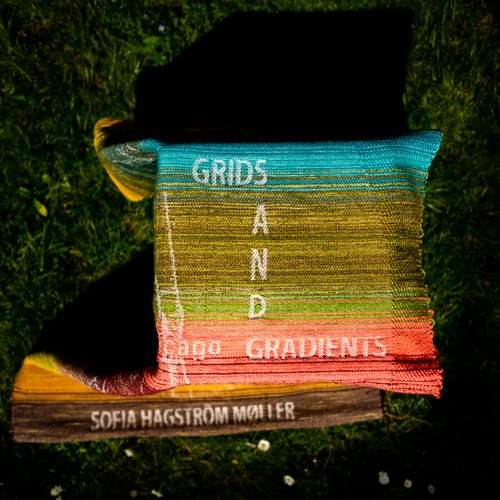