Funkadesi: An Intimate Evening of Songs and Stories

Funkadesi: An Intimate Evening of Songs and Stories

First in a line-up of incredible concerts of the SAI’s highly anticipated Music Series during the Summer and Fall of 2022.

An evening of music and conversation with Chicago’s celebrated musical supergroup, Funkadesi sharing an “unplugged” acoustic set of music from their 25-year repertoire and also debuting new and original material. Deeply rooted in tradition, their music ranges from South Asian classical, folk and film melodies, to West African, Caribbean, Latin, Brazilian, and Reggae blended with American Funk and Soul. They will also be sharing the story of their long musical journey spanning several generations and discussing their creative process and inner workings.

The band has represented Chicago throughout the United States and Canada, at music festivals, performing art centers, venues, clubs, and special events including performing for a young, IL Senator, Barack Obama, who noted “There’s a lot of funks in that desi.” The group has also used music to promote personal and community growth and social connectedness.

Tags: An Intimate Evening of Songs and Stories, Chicago, Funkadesi, Near South Side, South Asia Institute 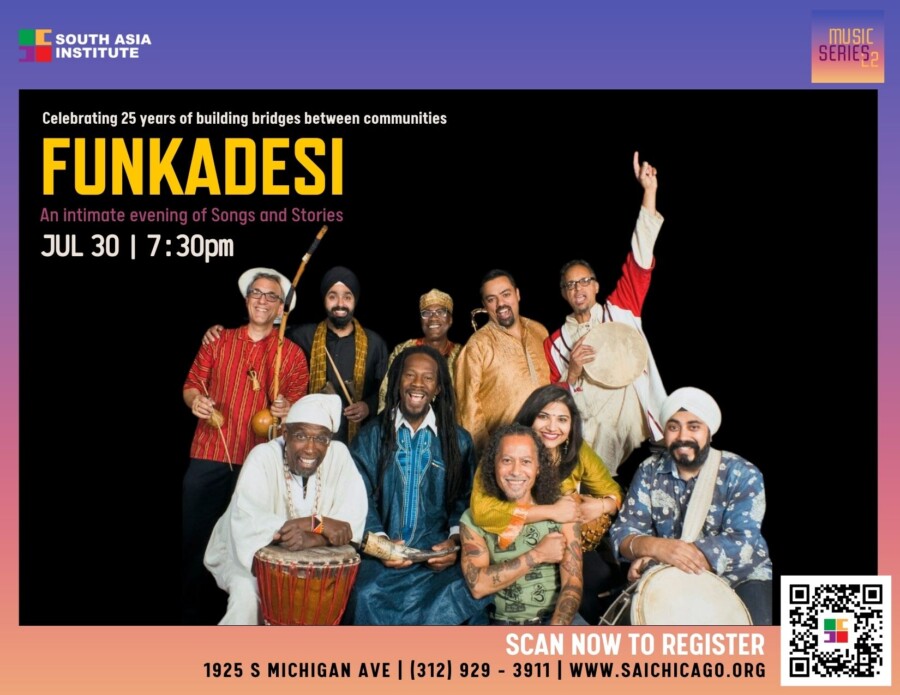