On view through Sunday, September 4th

Swedish blues photographer Hans Ekestang has been capturing the blues through his impressive photography since 1971. He has devoted the better part of his life to traveling internationally to create a superior catalog of photographs, having attended blues festivals across Scandinavia, Europe, and the United States. His subjects have included blues legends B.B. King, Muddy Waters, Chuck Berry, James Brown, Little Richard, Fats Domino, and Luther Allison, among countless others.

Born in 1952, Hans grew up on the south side of Stockholm, Sweden. Music caught his interest at an early age but Hans didn’t choose to become a professional guitarist. Still, he has continued to play – mostly at home – on his altogether five guitars. The reason was that his mind had taken a growing focus in another direction: photography. This was forthcoming to be combined with his equally rapidly growing interest in the blues music. After attending a couple of photo courses in the 60’s, Hans applied for a job with well-known photographer K.W. Gullers. Hans worked for K. W. Gullers for eight years where he learned a lot of things, and became a high skilled press photographer, with a specialty in “catching the moment”. Gullers fully recognized his talent and has described him to have “the unique competence to capture the moment in the flight” and that he knew the art “of how to get to the frontline and even in the most difficult situations be able to take first class press photos … a feature which is extremely rare”. 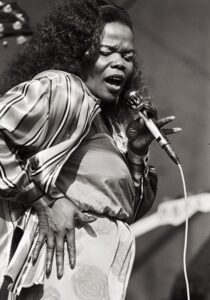