“visually beautiful… it was shot entirely at night in Chicago’s Pilsen neighborhood. It’s a narrative fragment that strives to combine distance and attraction, terminal boredom and the unattainable.” -Barbara Scharres, Chicago Reader

The filmmaker as archaeologist uncovers layer after layer – hidden landscapes beneath the cityscape. Until within a sea of grain: WE SEE. -Breth

An abstract narrative shot from the point of view of a house – the woman is seen from an angle of the wall, the corner observes her. This is a film about fleeting sensations in the midst of ordinary activities, the energy of heat, and the activity of the imagination. -Sousa

There will be some images of nudity and dead animals.

Screening Will be inside.

Curated, presented and projected by Josh B Mabe 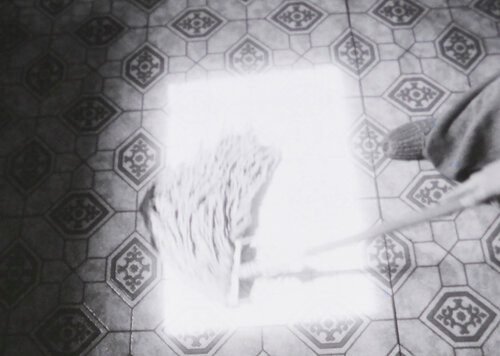