On view through Sunday, May 8th

*Zvenigora is a film by Alexander Dozhenko regarded as a silent revolutionary epic. Completed in 1928, Zvenigora is the initial film in Dovzhenko’s Ukraine Trilogy, followed by Arsenal and Earth. Almost religious in tone, the film surveys a millennium of Ukrainian history through the story of an old man who tells his grandson about a treasure buried in a mountain. Mixing fiction and reality, the relationship between an individual and nature is the main theme. The benefit will conclude with a screening of Zvenigora at 8PM on Sunday, May 8th, with an original score by Nika Kostyuk.

Longo-Mai Co-Op is a Pan-European anarchist farming collective who currently are working to evacuate people from Ukraine to live in the collective’s unique agricultural communities in Switzerland, Germany, and Poland. Their coop in Zakarpatia Oblast, Ukraine, is evacuating children from Vrubivka village in Luhansk Oblast. Longo-Mai has a history of helping Vrubivka village, even making a summer theater camp for them last year. Although clearly on the anticapitalist left, Longo maï does not tow a party line, or subscribe to any rigid political viewpoint. Activities focus upon self-sufficiency, community life, craft, agriculture, the management of energy and water, and respect for the environment. Longo Maï has been involved with various international solidarity efforts with a particular focus on resistance against dictatorships.

International Rescue Committee responds to the world’s worst humanitarian crises and helps people whose lives and livelihoods are shattered by conflict and disaster to survive, recover, and gain control of their future. In more than 40 countries and over 20 U.S. cities, their dedicated teams provide clean water, shelter, health care, education and empowerment support to refugees and displaced people. 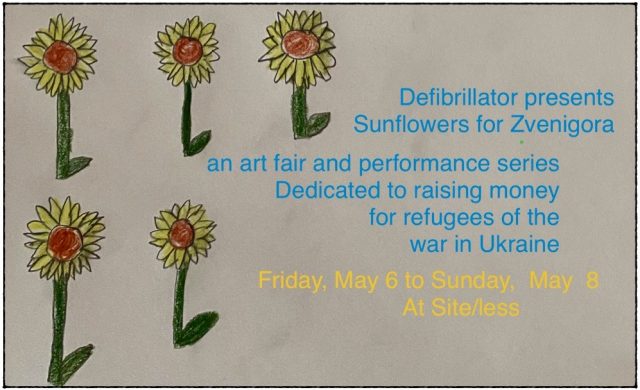