On view through Friday, May 20th

The Transfiguration Series is Sergio Gomez’s latest body of work. Sergio is a Chicago-based artist, gallerist, curator and educator who is known for his large scale figurative abstraction works.

This in-person and virtual exhibition will include new paintings, augmented reality experiences powered by Artivive, and a new collection of NFTs. Sergio’s NFT’s are ethereal animations derived from 30 years of painting the cycles of life.

“Sergio Gomez’s new expressive season remains consistent with the experiments that have characterized his career in recent years. However, the substance of research that has always been conducted on Man and his essence changes. In previous works Sergio Gomez concentrated above all on the depiction of the human figure, on that metamorphic process that made him body and spirit immersed in nature, in a constant and symbolic search for himself, for his origin, for that lost yet still dreamed Eden.

In the new works of the “Transfiguration” series, the artist investigates the beyond, that mystical inspiration that makes new and almost partakers of another dimension. In the Christian tradition, the transfiguration of Christ is pictorially narrated by the great classical and Renaissance masters, from Giotto to Raphael, just to name two cornerstones of international painting. The light, the splendor, the dazzling white of the garments, in contrast with the surrounding descriptive elements anchored to an earthly substance, become iconographic elements founding the expressive language of the artists.

In Sergio Gomez this duality, which sees the body and the spirit opposed, is evident in the different tonal, chromatic and material overlap of the painting. From figuration we move on to abstraction, to the overcoming of form which becomes pure allusion and illusion. The cycles of existence, which have always been at the center of Gomez’s poetics, as well as the search for a perceived presence, deeply felt with the senses, rather than superficially observed with the eyes, evolve to become purity and synthesis, eternity and infinity. In the shiny, brilliant backgrounds, the artist symbolizes the spiritual sphere from which the vital energy of a tangible presence radiates, rendered with overlapping layers of opaque paint. Spirit and matter merge to become flesh and soul.

But there is more in Sergio Gomez’s new art: the passage from metamorphosis to transfiguration also implies a different vision of existence, a perception of life that from myth and its divinities, anthropomorphic and characterized by the vices and virtues of human lineage, travels the saving path of a new and deeper spirituality. Gomez, in his new works, embodies the charm of the mystery of Man, that research that extends beyond the tangible, beyond the image to enter the unknown, into the hoped / feared reality / unreality of a temporal and spatial elsewhere that we call eternity. The reflection is therefore ancient and contemporary at the same time, suggestive and stimulating as only great art can arouse in each of us.”

Sergio Gomez is a Chicago-based visual artist. He received a MFA degree from Northern Illinois University. He is known for his large-scale figurative abstraction paintings and charcoal drawings exploring the cycles of life.

Sergio’s work has been the subject of more than 45 solo exhibitions in the United States, Romania, Italy, Mexico, and Vienna. He has participated in over 150 group exhibitions in Spain, Sweden, Mexico, Austria, Italy, South Korea, England, Kairo, Belgium, and the United States. His work is in the collection of the National Museum of Mexican Art, Brauer Museum, and other public and private collections.

Besides his studio work, Sergio Gomez is an active curator with a career of over 100 curated exhibitions since 2010. He is curator and Director of Exhibitions at the Zhou B. Art Center, Director, and founder of 33 Contemporary Gallery, co-founder of the coaching academy Art NXT Level®, and founder of Amplified Art Network. 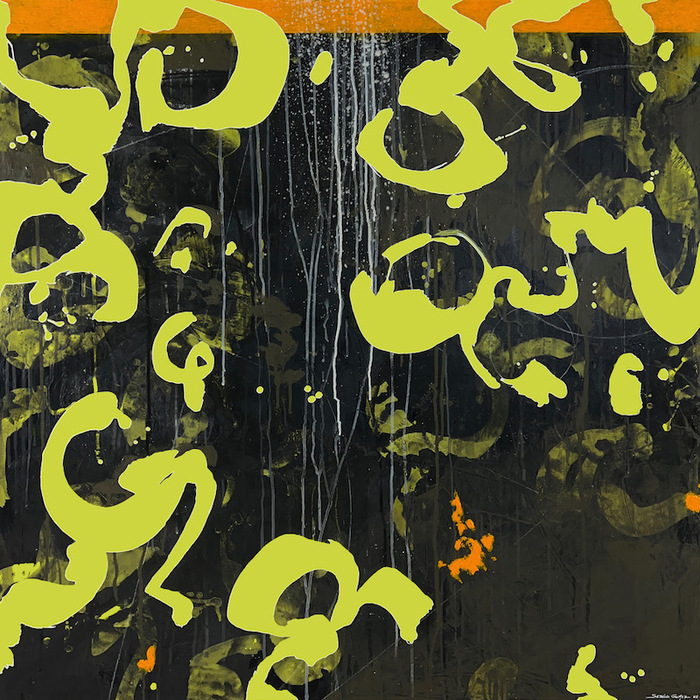