This intimate exhibition of paintings explores the depiction of the urbane “modern girl” (modan gāru or moga), which captivated public imagination in 1920s Japan and challenged the traditional, state-sanctioned ideal of the “good wife, wise mother.” Indeed, the ideal role of women in Japanese society was not one-dimensional, and continued to diversify during the 1930s. Moga: Modern Women and Daughters in 1930s Japan brings traditional subjects, including domestic scenes reperesenting mothers and daughters, back into the conversation about the moga by exhibiting them beside other, more popular imagery of the “modern girl.”

Many of the paintings in the exhibition—all of which are drawn from the private collection of Naomi Pollock and David Sneider—originated in the noted Meguro Gajoen, currently Hotel Gajoen Tokyo (ホテル雅叙園東京), a massive entertainment complex first opened in 1931, filled with paintings from the period—primarily of women.

The founder of the Meguro Gajoen, Hosokawa Rikizō, was a great patron of new Japanese-style paintings (shin nihonga), which blended Western motifs and perspective techniques with traditional Japanese painting materials and methods. He collected many notable artists from the Shōwa Era, as well as works reflective of the period’s popular taste.

Both modern in appearance and traditional in values, these works from the walls of the Meguro Gajoen featured women and children engaged in scenes from everyday life. Such paintings have received less attention than those of the typical, progressive moga, which have tended to be the primary focus of past museum exhibitions and academic narratives. Moga: Modern Women & Daughters in 1930s Japan is a nuanced exploration of feminine representation during a period of dramatic change.

Support for this exhibition is provided by Alphawood Foundation Chicago. 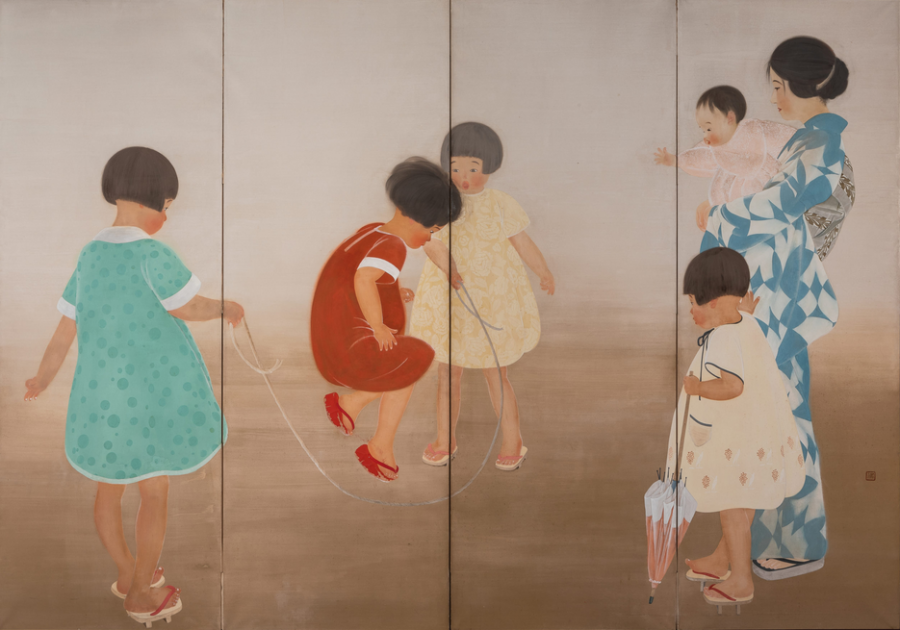