On view through Sunday, June 19th

Whitney Johnson, “of ordinary strains”: May 6–June 19. An ongoing performance tending to work in the gallery at indeterminate intervals.

Yani aviles (b. Canarsie Territory, Lenapehoking, Brooklyn, NY) is a transdisciplinary artist whose practice is a form of medicine making. They write to interrogate notions of freedom, identity and crisis, and create contemplative installations and conceptual works that decolonize the production and dissemination of knowledge. Born into a working poor/working class Borikua | Puerto Rican family of Indigenous (Taíno), African and Iberian descent, their practice confronts issues of belonging and seeks to integrate complex trauma of oppressed subjectivities. They engage non-western spiritual epistemologies, ritual methodologies and storytelling as a reflexive strategy to present possibilities of healing and liberation for all beings. Yani’s work has been exhibited in Chicago, New York and Berlin, at venues including Adds Donna and New Capital Projects, The Institut für Alles Mögliche, among others.

an emard is a interdisciplinary artists, making paintings, sculpture and drawings that seek to locate the myth-making and world-building potentials of queerness and queer futurity. They were born into a working-class family in suburban Micqanaqa’n and Chumash Land / Ventura, CA and spent their formative years navigating queerness in the shadow of the Catholic Church and the light of lemon orchards, asphalt, and the Pacific Ocean. emard now resides on the unceded homelands of the people of the Council of Three Fires, the Ojibwe, Potawatomi, and Odawa as well as the Menominee, Miami and Ho-Chunk nations / Chicago, IL. an emard has exhibited in Los Angeles, Chicago, and Vermont at venues including Steve Turner Gallery, Usdan Gallery, Kibum MacArthur, Some Clouds, among others.

Whitney Johnson (b. Peoria, Illinois, unceded territory of the Peoria, Ocheti Sakowin, Potawatomi, and Kickapoo nations) works through an expanded sense of painting in order to engage with, and imagine, temporalities that support life. Her ways of working are mostly tangible and rooted in seeking connections through everyday experiences in environments shared with each other. Often acting through exchange and process, the work is a ground to support somatic relationships. Primary desires, questions and worries that guide this work involve notions of labor, value, intimacy, and kinship. She has exhibited in solo and group exhibitions mostly in central Illinois; Bloomington-Normal, Peoria, Champaign, and Evanston, IL.

Scott Kemp (b. Vancouver, British Columbia, unceded territories of the Musqueam, Squamish and Tsleil-Waututh nations) is an interdisciplinary artist whose practice challenges the limits of subjective experience and questions normalized systems of social exchange. The driving concern of this work is to expand concepts of individuality outward, exploring the plasticity of the borders we construct around our selves, others and our environments. Kemp co-founded the non-profit art space Duplex Artists Society in 2015. He has exhibited projects in solo and group exhibitions in Vancouver, Seattle, Winnipeg, Stockholm and Berlin.

Travis Morehead (b. Suquamish, Duwamish, Stillaguamish and Coast Salish territory, Seattle, Washington) is an interdisciplinary artist whose work seeks to register and erode the inscribed artifice of dominion and its underlying ideologies through processes of time, attention and relationship. Travis was a 2019 Fellow at Ox-Bow School of Art & Artists’ Residency, and has exhibited internationally at venues including Haus Wien (Vienna, Austria), Warbling (London, UK), AS220 (Providence, Rhode Island), among others.

jess mai walker (b. UK) works sculpturally with a variety of mediums including sound, objects, organic matter, image and language. She initiates poetic spatial installations that materialise the imaginary as a rupture of habitual temporalities and modes of being. She has shown internationally with recent exhibitions at Almanac Inn (Turin, Italy), Hans Gallery (Chicago, USA), and sound installations at De Appel (Amsterdam, Netherlands) and Kunsthalle Portikus (Frankfurt, Germany). Her music project Yawning Portal released the EP “Heart & Earth” in 2020 and “Notice the Direction of Fires” in 2022.
This exhibition and associated events are co-organized by the Department of Art Theory and Practice and the Block Museum at Northwestern University. Support provided by the Norton S. Walbridge Fund; the Myers Foundations; the Jerrold Loebl Fund for the Arts; and the Alsdorf Endowment. 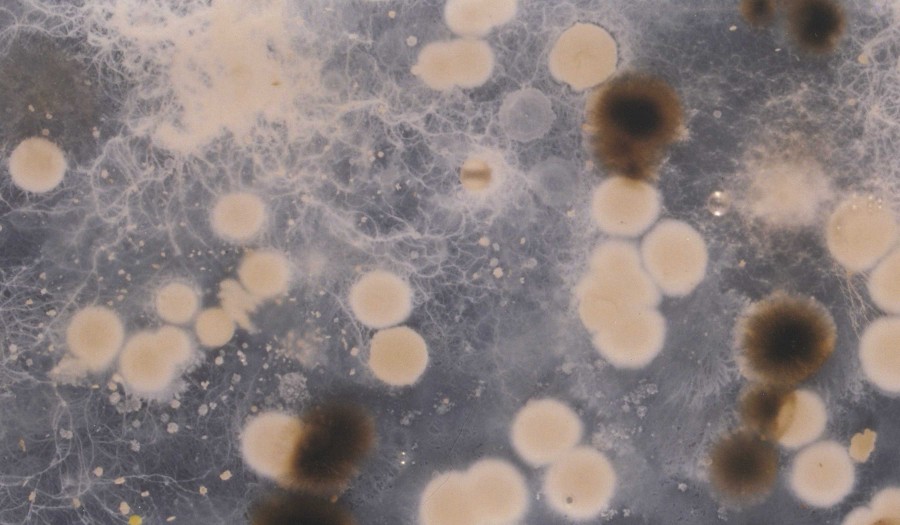