NOTE: This program will be held at the National Museum of Mexican Art.

Visual art played a major role in expressing the values of revolutions from the United States to South America. Works of art both reinforced and rebelled against the racial hierarchies (or castes) that these revolutions struggled against. Examples include Paul Revere’s engraving of the Boston Massacre identifying Crispus Attucks as one of its victims as well as the casta paintings of colonial Latin America, which illustrate different racial mixtures resulting from unions between Spaniards and Native peoples.

Join photographer, printmaker, and installation artist Delilah Montoya in conversation with curator Mia Lopez, as they explore the intersection of art, race, and revolution across the Americas.

Following the program, NMMA staff members and docents will conduct special guided tours related to the art of race in revolutions.

Delilah Montoya is a self-identified Chicana photographer, printmaker, and installation artist, working and living in the U.S. Southwest of New Mexico and Texas.

Mia Lopez is a curator, writer, and educator whose work focuses on contemporary art, with specializations in Latinx art, socially engaged artists, and identity politics.

This program will be presented in English.

This program is part of ¡Viva la Libertad! Forming More Perfect Unions Across the Americas. ¡Viva la Libertad! is a series of public programs bringing together scholars, writers, artists, and community members to explore the independence struggles of the Americas and reflect on their legacies today. Looking back on the Age of Revolutions 200 years ago in Latin America and the United States, ¡Viva la Libertad! examines how new countries emerged from colonial rule, who gained freedom and who was left behind, and why so many are still fighting for liberty, racial justice, and democracy.

¡Viva la Libertad! is being coordinated by the Newberry Library in partnership with the Universidad Nacional Autónoma de México Chicago, the National Museum of Mexican Art, Illinois Humanities, and Instituto Justice and Leadership Academy. 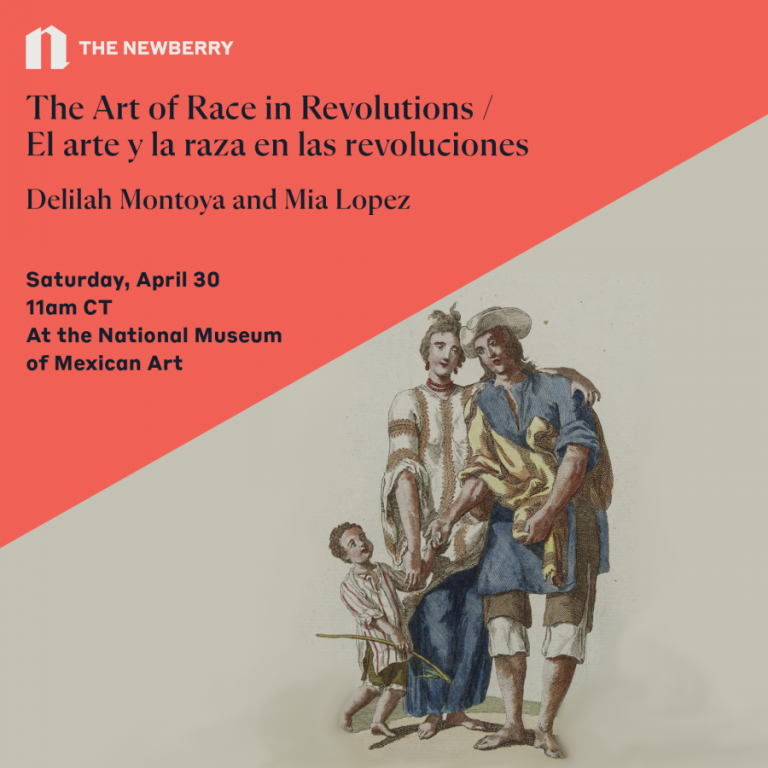