In the latest iteration of the MCA Chicago’s Atrium Project, Firelei Báez (b. 1981, Santiago de los Caballeros, Dominican Republic; lives and works in New York) fills the museum’s two-story atrium with a large-scale reproduction of her painting Untitled (Drexciya) (2020). The work’s title refers to the myth of Drexciya, a Black, water-breathing nation within the Atlantic Ocean populated by the descendants of pregnant African women who were thrown overboard from slave ships when they entered labor. Originally imagined by Gerald Donald and James Stinson of the experimental, Afrofuturist techno band of the same name, Drexciya is “a science-fictional retelling of the Middle Passage,” as writer Kodwo Eshun has described it. Báez used expressive pours of paint to depict the subaquatic realm, covering the canvas in shapes and patterns that resemble algae and hairlike coils. Untitled (Drexciya) beckons visitors to look closer and deeper into this oceanic terrain, where human forms emerge in a complex reimagination of Black Atlantic diaspora. 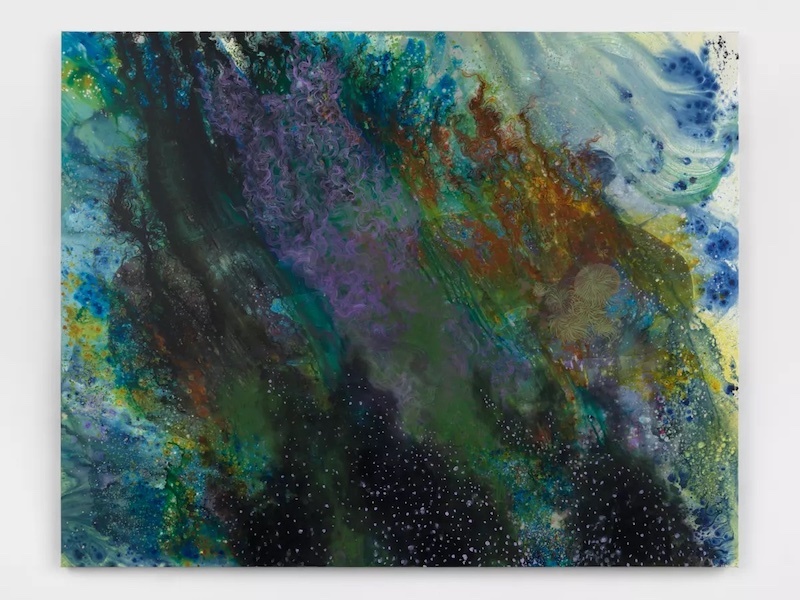