Michael Gitlin’s experimental essay film The Birdpeople indexes the North American social-cultural phenomena of birding with wry humor and elegiac attentiveness to humans and birds alike. Gitlin, himself an amateur birdwatcher, reflects on the position of birders behind their binoculars as he does on the filmmaker’s practice, pushing against the categories of nature documentary and ethnographic film and their impetus to capture and preserve. Instead, the archival strategy is turned back upon the birdwatchers. Creating an archive of its own, the film registers an array of people transfixed by birds, including a community of birders in Central Park of the early aughts, bird banders with their near-invisible nets, specimen collectors in dozens of natural history museums, and the passionate few still searching the Louisiana bayous for evidence of the lost ivory-billed woodpecker.

Free and open to all 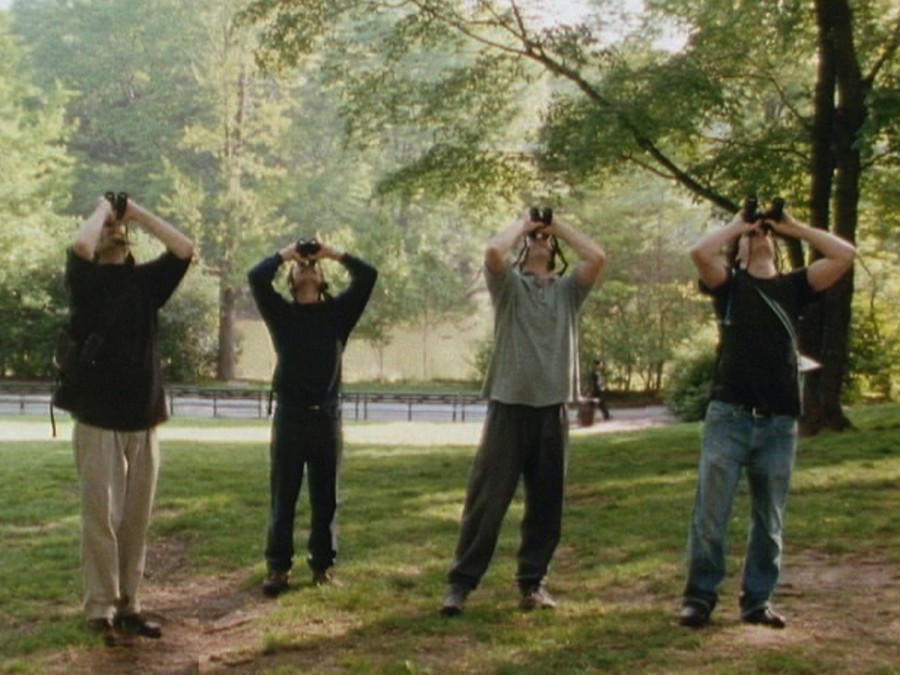