Advisory: This exhibition contains mature content including nudity — and uses the language of visual and verbal stereotype to critique and expose racism and sexism in American culture.

Art and Race Matters invites a renewed examination of the artist, whose work is still as challenging, provocative and relevant now as it was when he burst onto the art scene over five decades ago. Presenting works from across Colescott’s career, the exhibition traces the progression of his stylistic development and the impact of place on his practice, revealing the diversity and range of his oeuvre: from his adaptations of Bay Area Figuration in the 1950s and 60s, to his signature graphic style of the 1970s, and the dense, painterly figuration of his later work. Art and Race Matters also explores prevalent themes in Colescott’s work, including the complexities of identity, societal standards of beauty, the reality of the American Dream and the role of the artist as arbiter and witness in contemporary life.

Art and Race Matters: The Career of Robert Colescott is co-curated by Lowery Stokes Sims and Matthew Weseley, and organized by Raphaela Platow, the Contemporary Arts Center’s Alice & Harris Weston Director and Chief Curator. Following its debut in Cincinnati, the exhibition traveled to the Portland Art Museum, Sarasota Museum of Art and Chicago Cultural Center. 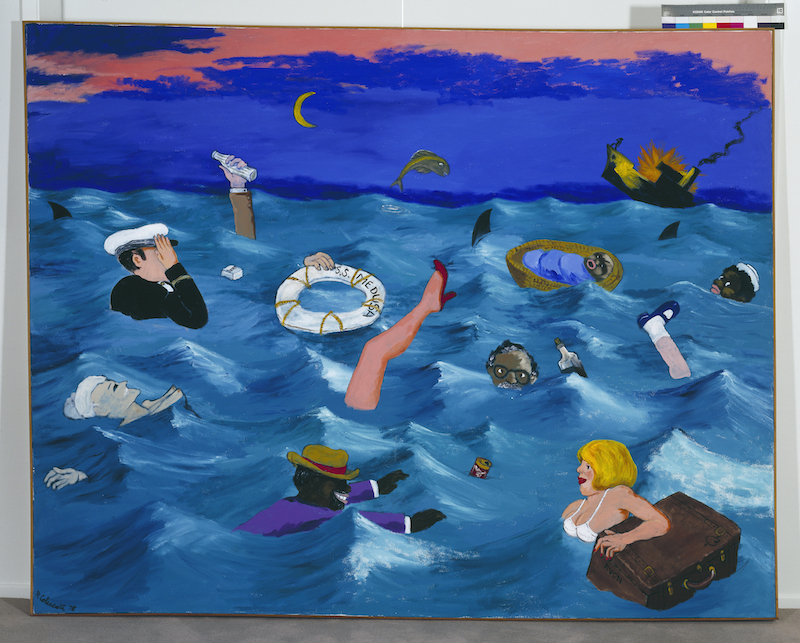