On view through Saturday, June 25th

Crossings invites you to take four historic routes across the United States.

Maps, guidebooks, travelogues, postcards, and more from the Newberry’s collection recreate travelers’ experiences along the northern and southern borders of the US, across the continent’s interior, and up and down the Mississippi River.

These cross-country paths have been in use for centuries whether by water, railroad, car, or airplane. And they’ve remained remarkably consistent despite changes in transportation, commerce, and the people who’ve used them.

But not everyone has experienced travel and mobility equally. The same paths meant “discovery” to the European explorer, freedom to the enslaved, and loss and removal for Indigenous nations.

Crossings shows how centuries of movement––from the Lewis and Clark expedition to the American road trip––have forged deep relationships between people and places that survive to this day.

Crossings: Mapping American Journeys is generously supported by Rand McNally, the National Endowment for the Humanities, Jossy and Ken Nebenzahl, and Andrew and Jeanine McNally. 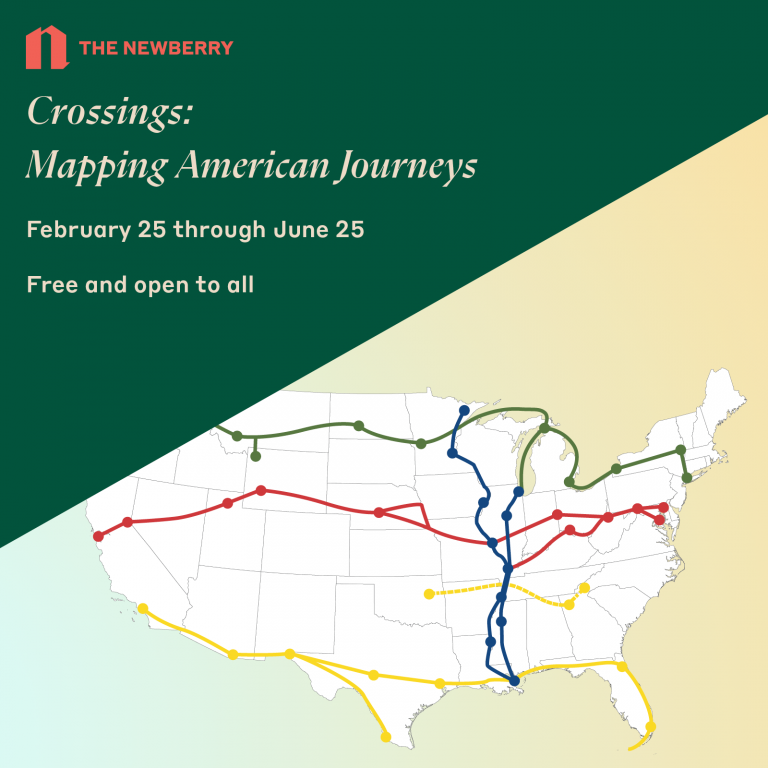