In Conversation with Richard Birkett

This event will be live captioned by Communication Access Realtime Translation services.

Join us live for a virtual conversation with artist Cameron Rowland and curator Richard Birkett followed by an audience Q&A.

Cameron Rowland creates work that centers on the material operations of racial capitalism that order everyday life. Rowland’s work relies on a materialist approach to the conditions of production that structure both institutions on subjection as well as their refusal. The work is grounded in a critique of property and the capacity for art to function as a medium of this critique.

Rowland’s work has been exhibited in solo exhibitions at the Institute of Contemporary Arts, London; Museum of Contemporary Art, Los Angeles; Galerie Buchholz, Cologne, Germany; Établissement d’en face, Brussels; Kunsthalle Fribourg, Switzerland; Artists Space, New York; and Essex Street/Maxwell Graham, New York. Their work has recently been included in group exhibitions at Mudam, Luxembourg; Museum of Modern Art, New York; and Museum of Fine Arts, Houston, among others. Rowland’s work is held in the collections of the Art Institute of Chicago; the Museum of Modern Art, New York; the Tate Modern, London; and the Musuem of Contemporary Art, Los Angeles. Rowland is a 2019 MacArthur Fellow and currently lives and works in New York.

Richard Birkett is a curator and writer based in Glasgow, United Kingdom. He was chief curator at the Institute of Contemporary Arts (ICA), London, (2017–2020), curator at Artists Space in New York City (2010–2016), and curator at ICA, London (2007–2010). He has curated exhibitions at institutions including MoMA PS1, New York, Yale Union, Portland, Oregon; the National Gallery of Kosovo, Pristina; and mumok, Vienna. He has worked with Cameron Rowland on exhibition projects at Artists Space in 2016 and ICA, London in 2020.

Presented in partnership with the Society for Contemporary Art. 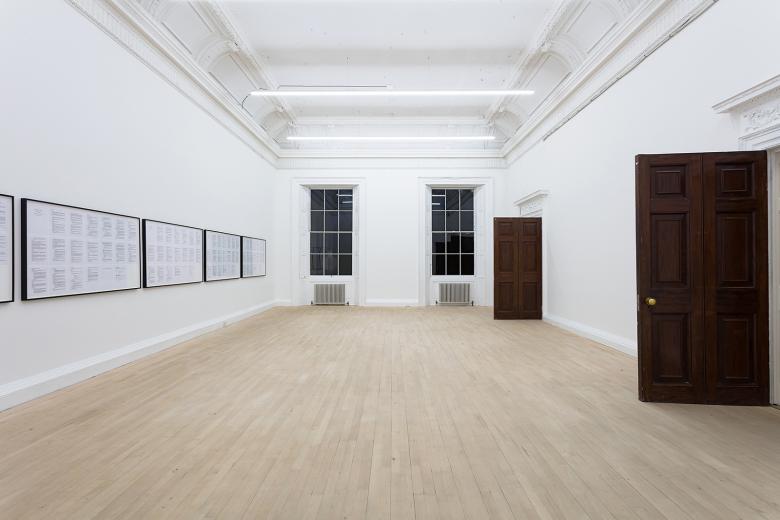