On view through Saturday, February 19th

We’re very excited to open Sunday, January 16th with The Lonesome Dervish, a solo project featuring new paintings and sculpture by TL Solien. Based in Madison, WI, Solien has had approximately 45 solo exhibitions over the last 25 years. His study of the history of abstraction and figural narrative has led him to invent a personal, idiosyncratic visual language. The resulting “self portraits” are influenced by figure painting relationships, popular illustration, and vintage animation. As explained by the artist, his work concerns “relationships between symbolic presentations of the Self and the existential framework in which the Self operates.” Solien seeks to “explore the conditions in which Identity is anchored in uncertainty, swept along a raging river of consciousness, comprised of historicism and fiction, hope and fear, memory and desire, evolution and decay.”

Although TL Solien is well known for his chromatically charged, quasi-figurative abstractions, less familiar are the sculpture/hybrids he’s been producing over the past few years. Starting with found objects, then embellished/shaped/reconfigured, these “aberrations” bring to mind Rene Magritte’s disturbingly dark, post-WWII “Vache” paintings. We’re looking forward to showing this work alongside two groups of recent paintings.

TL Solien has had a retrospective at Madison Museum of Contemporary Art and solo exhibitions at institutions such as Bowling Green University’s Museum of Art, Des Moines Art Center, and Fort Worth Museum. His works have been shown in group exhibitions at the the National Gallery of Art in Washington DC and the Whitney Museum of American Art in New York, among many other galleries and museums. 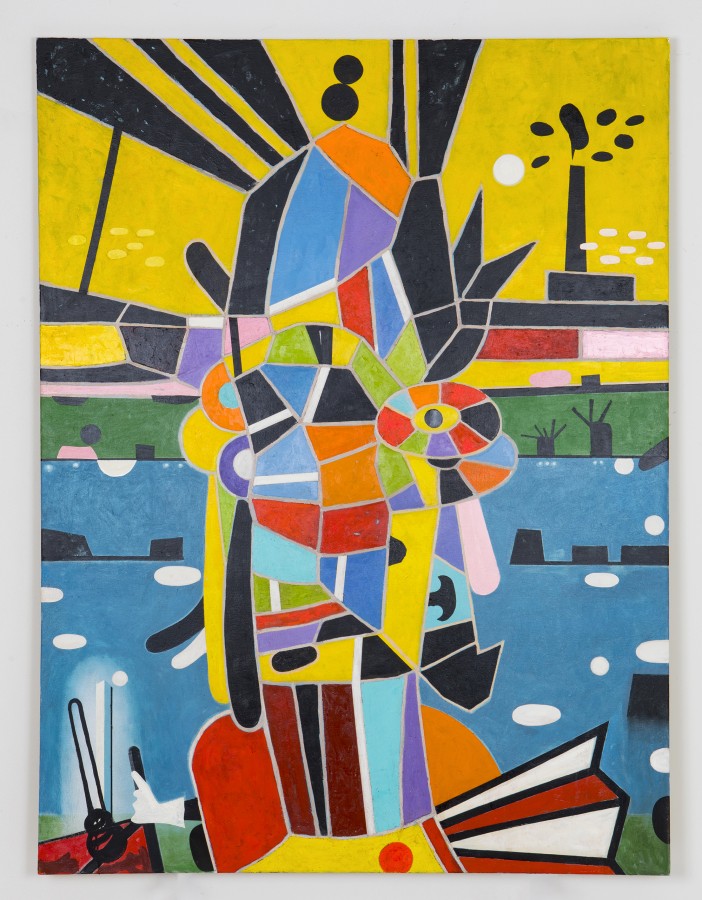