‘Reliving Lost Works’ features a virtual dialogue between Razin Khan–the creator of the Garrick Theater and Larkin Administration Building animations–and Chicago architect Angela Demma. Together, they follow the evolution of Khan’s process reviving demolished buildings and unrealized architectural projects through vivid 3-D renderings and animations. In his video of the Garrick Theater building for the ‘Romanticism to Ruin’ exhibition at Wrightwood 659, Khan worked closely with co-curator John Vinci and Demma to recreate the structure, theatre and architectural ornament depicting the theater upon its completion in 1892. ‘Reliving Lost Works’ dives into their process of not only excavating a historic Louis Sullivan building but recreating it through new methodologies. 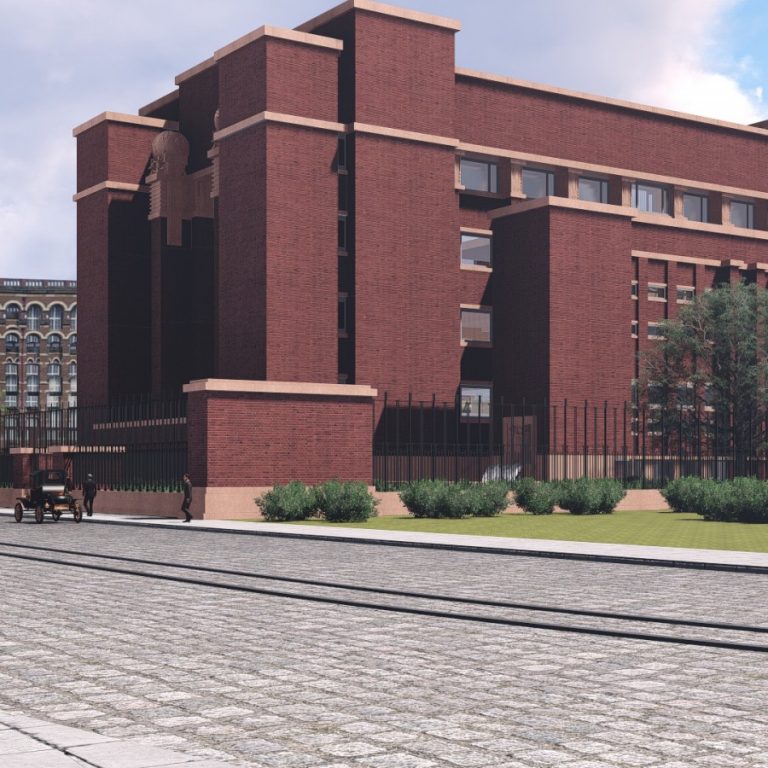