On view through Thursday, March 31st

Matt Bellefeuille is a metal sculptor from Gurnee, Illinois. Although he has always had an artistic eye and creative spirit, it was not until he learned how to weld at his public works job that he found the medium he was meant to use. Using both recycled metal parts and new metal, he attempts to give the cold, hard components a soft and elegant look.

Matt often creates the human figure, as well as insects and animals, from metal parts and, identifying with its “strange uniqueness” in the Animal Kingdom, says that the giraffe is his favorite animal.

In 2021 Matt took on his most ambitious sculpture to date and created Inner Peace — an 8’ tall metal, illuminated, free-standing giraffe — which first debuted at the Lemon Street Gallery in Kenosha WI in late summer. In September Inner Peace traveled to Grand Rapids MI where it was accepted into the prestigious 3-week International ArtPrize Festival. From there Inner Peace won the curator’s Award of Excellence from the Robert T Wright Gallery of Art at the College of Lake County in Grayslake IL in their juried Recent Works Exhibition.

Currently on display daily Mondays-Fridays 8-5 at the Kenosha Area Business Center at 5500 6th Avenue in Kenosha. 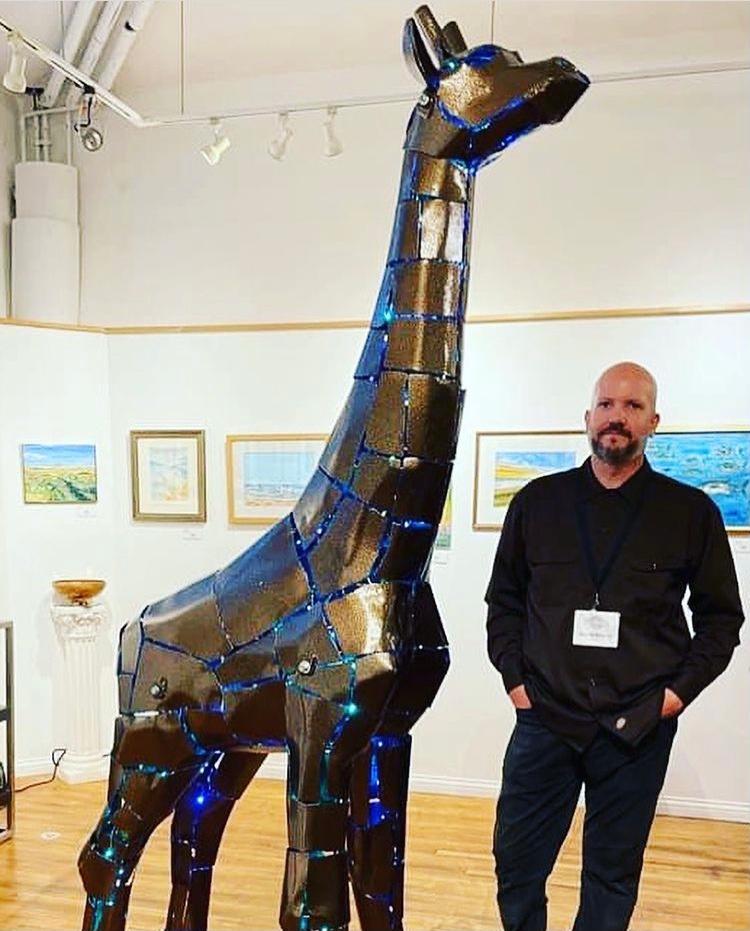