Brendan Getz: when the after-image is the image

Carrie Secrist Gallery is pleased to announce Brendan Getz: when the after-image is the image, a solo presentation of paintings and object installation by the Bay Area artist. This is the artist’s first solo exhibition in Chicago, and opens January 15 to continue through February 26, 2022. It will be viewable in person, with or without appointment, at our gallery located at 900 W. Washington BLVD, Chicago, IL. This exhibition will open to the public Saturday, January 15 with a reception that day from 12 to 5PM (masks are mandatory). An online viewing room with expanded features and information on the exhibition will also be accessible the same day through our website. If you would like to make an appointment in person, please visit the Reservation page on our website.

Through a thoughtfully considered painting practice, Brendan Getz unpacks the rich complexity, depth and nuance of strikingly simple forms and images with an attitude and atmosphere that opens them far beyond their initial approach. For this exhibition, the artist has chosen the title: when the after-image is the image, a nod to the responsive effect produced in the mind’s eye after seeing a vivid image, but also in reference to how a memory of the past can shape the present. Including over 70 paintings and 7 studio objects, this expansive exhibition is installed specifically on site, in the gallery’s discrete rooms and spaces that point intimately to one another. Produced over the past decade, this work includes movements into the pandemic, and its effects of review, reconsideration and change in a multitude of public and private dimensions.

Recalling the artist’s own live-work space, the paintings often depict moments of the domestic and routine in a working studio that doubles as a living room. As the gallery itself is also a former and future domestic space, this doubling of a live-work relationship becomes active throughout the entirety of the exhibition, in exciting and often surprising ways, where the public and the private meet in a discursive encounter. Among the objects installed are the artist’s own studio chairs, a floor mat and a mahl stick, as paint laden peripheral objects presented for review.

As the philosopher Paul Ricoeur puts it, “…how can we help but leap to the plane of collective memory and evoke the sort of hauntedness, described by historians of the present day, which stigmatizes this ‘past that does not pass’?” For Getz, this involves the doubling of familiar perceptual habit as it meets with collective memory– an uncanny source of renewal that renders the conventional strange, and leads to an expanded and hopeful sense of possibility for the future.

In a recent review of the artists work, Susan J. Musich writes: In the tradition of Luc Tuymans and Giorgio Morandi, Getz depicts fetishized, dreamlike domestic objects such as an ice tray, bookends, a toaster, and a drinking glass. He poetically writes, “A cared for object – caring world. A disposable object – disposable world.” Using a minimal palette, subtle color contrasts, shadows, and distinct brush strokes, Getz’s attention to detail demonstrates a caring for his subjects that elevates them above “usual object” status. These lyrical and elegant paintings provide a sense of serenity in these turbulent times.

Brendan Getz is an artist who works with painting, writing, installation and sound to slow down and attend to a subtle multiplicity of meaning between objects, images and form– homing in on a politics of attention and the nuance of close looking, while proposing care as a radical act. Brendan has exhibited in galleries and institutions throughout the US including the Yerba Buena Center for the Arts in San Francisco, the Frist Art Museum in Nashville, the Contemporary Art Center in Las Vegas, and the LeRoy Neiman Center in Chicago. Brendan holds a BFA from Belmont University and an MFA from the School of the Art Institute of Chicago. He works out of Berkeley and Los Angeles and is the co-founder and current co-director of the project space take care in downtown Los Angeles.

Tags: Brendan Getz, Carrie Secrist Gallery, Chicago, near west side, when the after-image is the image 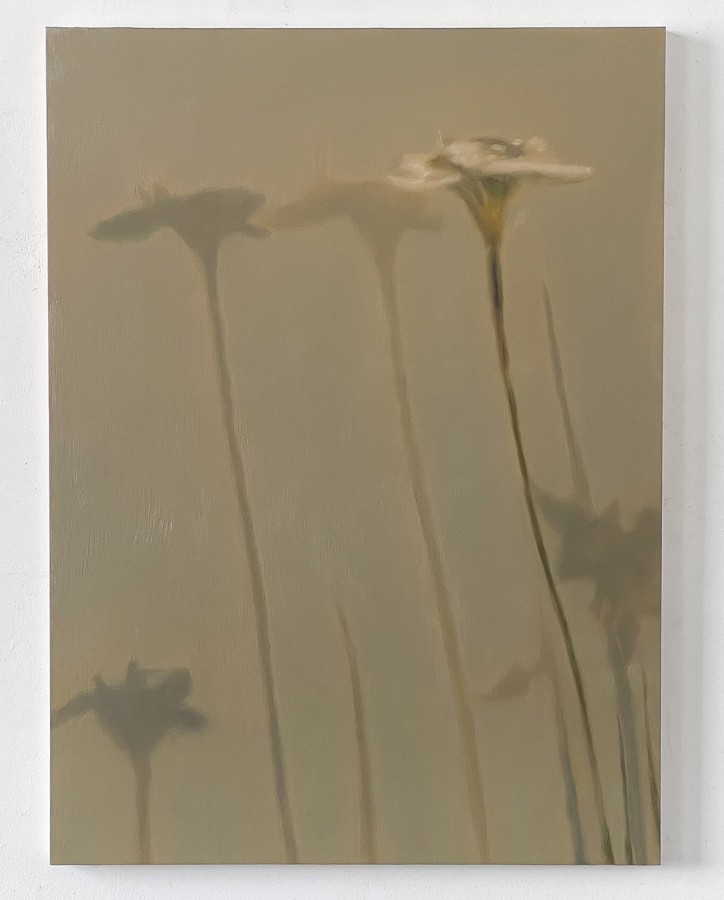