Western Exhibitions is thrilled to present 10 new abstract works on paper—colored pencil on artist-produced handmade paper—by Aya Nakamura in her first show, Wayfaring, at the gallery. The show opens on Saturday, January 15 and will run through February 26, 2022. Appointments are not necessary; masks are mandatory; gallery hours are Tuesday-Saturday, 11am to 6pm.

Aya Nakamura borrows the show’s title from Tim Ingold’s Lines, a book that proposes a taxonomy of lines across different cultures and time.  For Nakamura, abstraction is a way of relating intention in the moment. It is a kind of wayfaring, or of following the signs and guideposts that reveal themselves along a path in order to arrive at an end point. Nakamura works in pencil, as this slows down time enough for her to deliberate while drawing. She thinks of each element in the drawing as a consciousness that engages directly with its neighbors and aggregates into a larger entity, like an anthill. The result is a series of encounters, a permeability of space and form, embedded sensitivities, and touch.

The drawings are colored pencil on handmade paper of different sizes and shapes, which have a physicality and assert themselves during the drawing process. Variegated lines move across, alongside and into fields of color, and these assemble into amorphous compositions that appear to simultaneously build and dissolve. Some have visual links to existing symbols and objects, which provide a starting point and focus. Their inspirations are various but orbit around a cataclysmic event, the passing of a loved one in the spring of 2021. They are meditations on death and metaphysics, and provide a space for questioning, grief, memorial, humor, and healing.

Nakamura’s work is influenced by a philosophy of mind that does not exclusively locate consciousness in the human, derived from interacting with plants and following posthumanist research in biology and anthropology. Drawings like Dwelling, Wheel and Dharma Spin deal with Buddhist death rituals and beliefs, and with attempts to inculcate some of these values within herself. In other works like Where Is Your Head At? and Holes, materiality itself seemed to shift towards porosity, an overwhelming sense of things to come, or as Thomas Ligotti writes in his short story Alice’s Last Adventure: “I felt intimations of a thousand misshapen marvels—of things going haywire in curious ways, of the edge of the world where an endless ribbon of road continued into space by itself, of a universe handed over to new gods.”

Aya Nakamura has shown at venues in the US and abroad, including The Hangar and Dawawine in Beirut, Lebanon; Supa Salon in Istanbul, Turkey; Mana Decentralized in Jersey City, NJ; and MPSTN in Fox River Grove, IL. She is the recipient of the Denbo Fellowship from Pyramid Atlantic Art Center and the George and Ann Siegel Fellowship from the School of the Art Institute of Chicago. Nakamura is also a member of Chicago API (Asian, Pacific Islander) Artists United (CAAU), and a board member of Spudnik Press in Chicago, IL. Nakamura was born in Japan and educated in France and the US. She holds a BA in Fine Arts and Political Science from the University of Pennsylvania, an MFA in Painting and Drawing from the School of the Art Institute of Chicago and currently lives and works in Chicago. 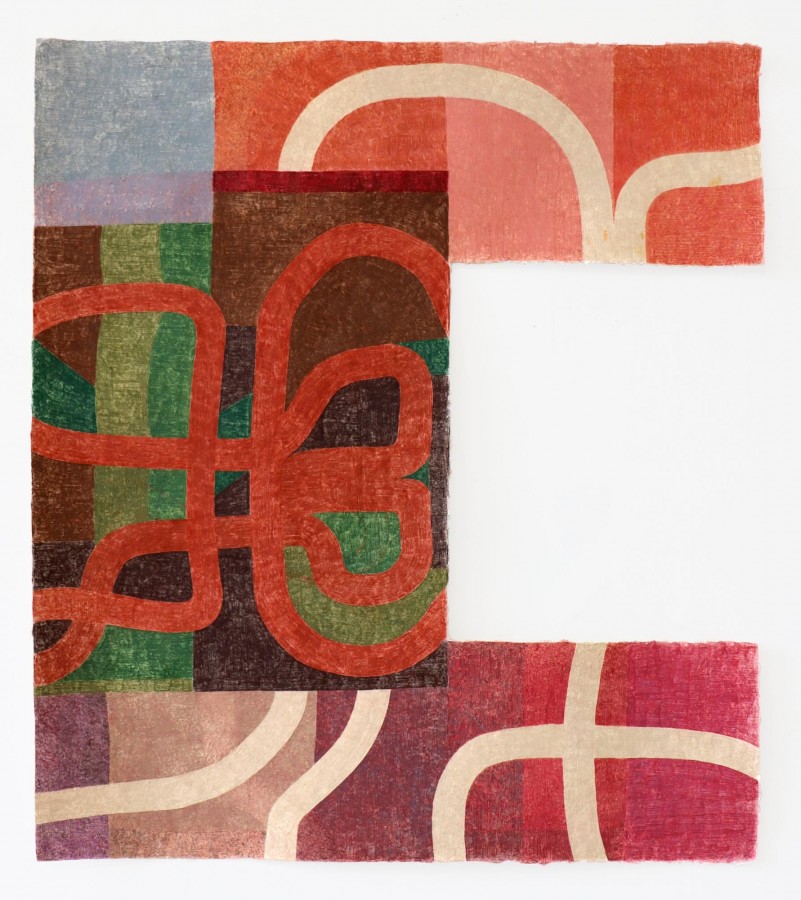