Video Playlist: Water or Escape is programmed by artists Andrew Mausert-Mooney & Kera MacKenzie and presents their newest film Make A Distinction along with two short short companion films. In this program, Mausert-Mooney and MacKenzie take aim at American imperialism and its colluders. The occupation and development of land and the dominant culture’s stories that serve to exploit, glorify, and perpetuate a system of violence and subjugation in American life.

Using montage film form, Make a Distinction unearths the connections between the occupation and underdevelopment of land with the dominant culture’s stories that exploit, glorify, and perpetuate a system of violence and subjugation in and outside U.S. daily life.

The program title, like the film’s title, Make a Distinction, is borrowed from a quote by Illinois Black Panther Chairman Fred Hampton. “We don’t need no culture except revolutionary culture. What we mean by that is a culture that will free you. You heard your Field Lieutenant talking about a fire in the room, didn’t you? What you worry about when you got a fire in this room? You worry about water or escape. You don’t worry about nothin’ else. If you say “What’s your culture during this fire?” “Water, that’s my culture, Brother, that’s my culture.” Because culture’s a thing that keeps you. “What’s your politics?” Escape and water. “What’s your education?” Escape and water.” – Fred Hampton, “It’s A Class Struggle Goddammit!” Speech delivered at Nothern Illinois University, November, 1969

A family has lunch under the shade of a C-47 warcraft. An army installation contains the last remnants of an endangered grassland ecology. Young filmmakers hone their skills making a cop show on Chicago streets. Stylized scenes of field botanists, retail clerks, and soldiers in Clarksville, Tennessee and television workers, and police in Chicago, Illinois reveal the unseen forces of imperialism in US daily life. An examination of a television production and quotations from revolutionary and resistance fighters build to a provocation: name the enemy or become it.

Image credit: Still from Make A Distinction, 2021, Courtesy of the artists.

For in-person events, masks as well as proof of vaccination or proof of a negative Covid test within the last 72 hours are required for entry.

If you require special accommodations for this event, please contact mocp@colum.edu.

Register in advance and pay what you wish to join us. Your contribution supports our dynamic public programs and events. Contribute here: giving.colum.edu/mocp 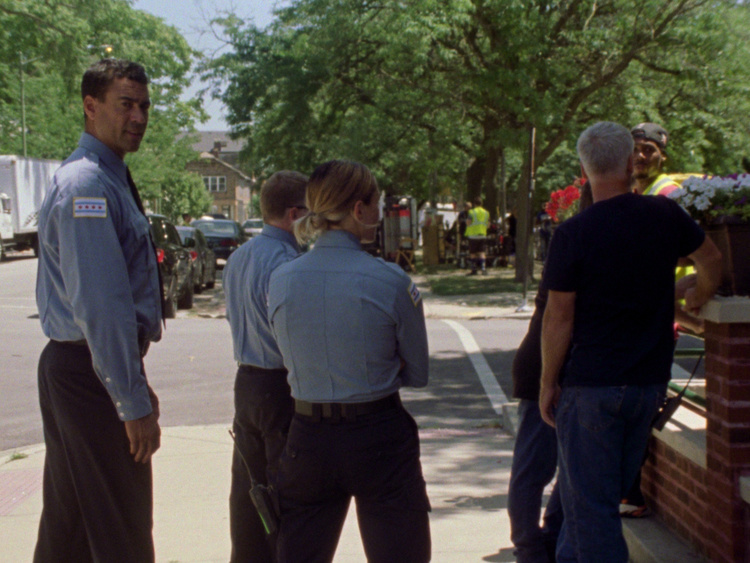