Join us for a discussion with Preti Taneja on her new book Aftermath. She will be joined in conversation by Jeff Deutsch.

This event is presented in partnership with Transit Books

About the book: Usman Khan was convicted of terrorism-related offenses at age 20, and sent to high-security prison. He was released eight years later, and allowed to travel to London for one day, to attend an event marking the fifth anniversary of a prison education program he participated in. On November 29, 2019, he sat with others at Fishmongers’ Hall, some of whom he knew. Then he went to the restroom to retrieve the things he had hidden there: a fake bomb vest and two knives, which he taped to his wrists. That day, he killed two people: Saskia Jones and Jack Merritt.

Preti Taneja taught fiction writing in prison for three years. Merritt oversaw her program; Khan was one of her students. “It is the immediate aftermath,” Taneja writes. “‘I am living at the centre of a wound still fresh.’ The I is not only mine. It belongs to many.”

In this searching lament by the award-winning author of We That Are Young, Taneja interrogates the language of terror, trauma and grief; the fictions we believe and the voices we exclude. Contending with the pain of unspeakable loss set against public tragedy, she draws on history, memory, and powerful poetic predecessors to reckon with the systemic nature of atrocity. Blurring genre and form, Aftermath is a profound attempt to regain trust after violence and to recapture a politics of hope through a determined dream of abolition.

About the author: Preti Taneja is a writer and activist. Her first novel, We That Are Young (Galley Beggar Press/Knopf), won the Desmond Elliott Prize for the UK’s best debut of the year and was listed for international awards, including the Folio Prize, the Prix Jan Michalski, and the Shakti Bhatt First Book Prize. It has been translated into several languages. Taneja lectures in creative writing at Newcastle University and broadcasts on world literature and culture for the BBC.

About the interlocutor: Jeff Deutsch is the Director of the Seminary Co-op Bookstores. 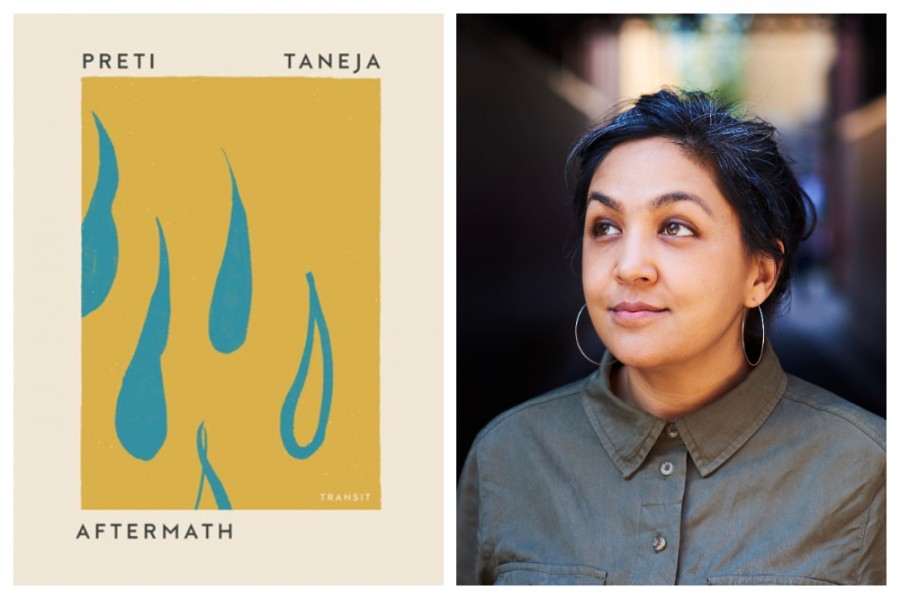