John Soss: On The Beach

On view through Thursday, December 30th

Join us for wine and beer as we celebrate the opening of John Soss’ newest show, “On The Beach.”

About the Artist: “As a teenager, one of John Soss’s 19 part-time jobs involved setting up chairs in a shopping mall parking lot for a live concert performance by the legendary Buddy Rich and his big band. Later, while still in college, he landed a job that focused on finding fans to buy concert tickets, sit in chairs and watch performances by their favorite bands. Side-hobbies, writing, collecting and bicycling filled the off-hours and eventually a beach-combing routine evolved into a near-daily photo post of items gathered up along the shoreline of Lake Michigan.”

About the Show: “My art lies in the arrangement of found objects. Over the last decade I’ve roamed the beaches surrounding Lake Michigan, mostly around my hometown of Chicago but occasionally in Michigan, Indiana and Wisconsin. Several mornings each week, I walk along the shoreline and collect items that have washed up. I then carry the stash home, often on the back of my bicycle, and spread everything out on my worktable. From there, I arrange the pieces within a square shape and photograph the layout. After some editing, I post the photos on my Facebook and Instagram pages.
“I’ve taken a couple of thousand photographs in the past ten years, most of which are focused on items found on a single walk along the beach. I’ve also been focusing more attention on layouts based on a specific theme by honing in on similar objects, colors, textures or holidays.”

Wine and beer will be provided by Door 24 and Forbidden Root. 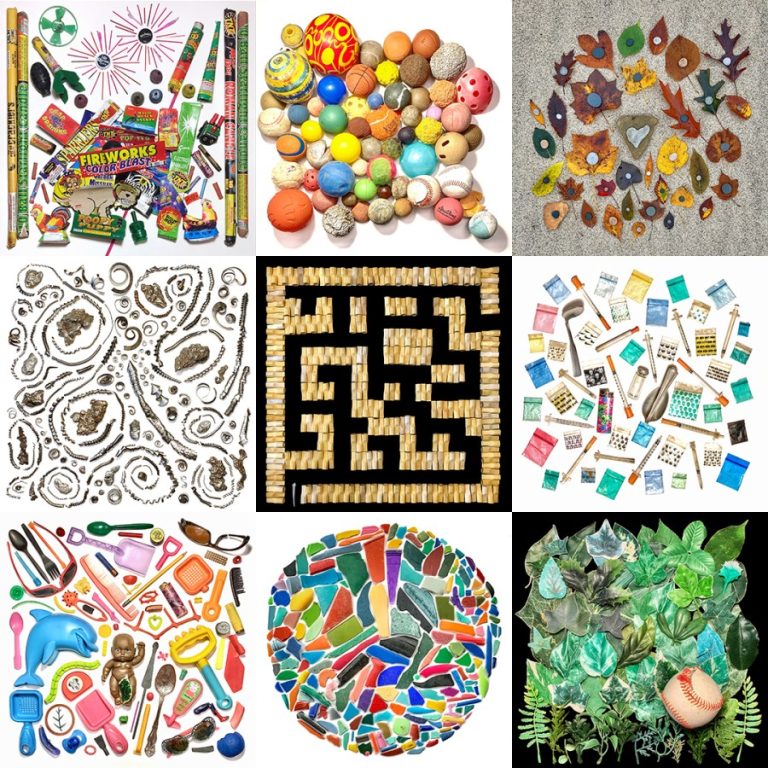