I am the sky and clouds are moving through me.

On view through Saturday, December 18th

I am the sky and clouds are moving through me.

It is when we sense ourselves in relation to other material objects – within, through, under, against, between or after them – that our animal bodies present themselves to us most vividly. Our environmental relationships situate us in space, direction, and time, and drag us back to earth, where we have been all along. The title of the exhibition “I am the sky and clouds are moving through me” comes from a poem by artist Yani Aviles, and like the works in the show, suggest that we are permeable moments in a vast, everchanging ecology.

Firat Erdim’s kite choir works are a collaboration between the artist and the wind. In these pieces, currents move through a handmade kite, collide with wires, and produce sounds both soft and sharp like the feeling of wind on skin. With her camera directed toward the ground, Jin Lee explores a vital point of contact. The hardness of stones and the crunch of broken glass can be felt underfoot. Lengths of fabric wind around a core in Hunter Fosters’ works, turning what is typically a painting surface inward. Here, it is the edges that are made visible as saturation sites for water and light. Soil, sand, gunpowder, sage oil, clay, and water swirl around an icon of American promise in Yani Aviles’ works, reconnecting it and us to truths of land, movement, and people.

In collaboration with the elements and materials of which these works are composed, these artists’ practices exhibit a loosening of control that reflects the interconnected nature of the world and of all worldly things – nothing can be done in isolation and all things ripple out from, and eventually into, one another.

Exhibition title from Yani Aviles’ poem For the time-bound timeless self, 2017-2019

Yani Aviles (b. Canarsie Territory, Lenapehoking / Brooklyn, NY) is a transdisciplinary artist whose practice is a form of medicine making. They employ experimental material processes and a multimedia approach to challenge normative systems of knowledge production; presenting alternative means for sitting with and transmuting polarizing shadow aspects of the self, history and contemporary culture. Referencing current events, Indigenous ancestral wisdom, spiritual and historical research, as well as their lived experience, they write poems and compose discursive space through ritual, readymades, text, video, matter, scents, and sound. By disrupting the hierarchy of the senses, their work engages the temporal, holding space for encountering the socially conditioned self via confronting individual and collective traumas. They have exhibited nationally and internationally at venues including New Capital Projects (Chicago, IL), Roots and Culture (Chicago, IL), The Franklin (Chicago, IL), Stuart & Co. (Chicago, IL), The Institut für Alles Mögliche (Berlin, Germany) and Gloria’s (Ridgewood, NY).

Yani studied art history and writing at Hampshire College in 2007, received a BFA from the School of the Art Institute of Chicago, and was awarded the Anna Louise Raymond fellowship in 2016. Additionally they received their Reiki certification in 2012 from Jai Yoga Arts and have over a decade of self-study and discipline in Eastern philosophy, herbalism, breathwork, as well as mindfulness, movement and loving-kindness meditation practices. Yani was awarded the Ed Paschke fellowship in 2020 and is currently a graduate fellow pursuing an MFA in Art Theory and Practice at Northwestern University.

Whether with chisel, cast shadow, clouds of ink, or the tow line of a kite, Fırat Erdim’s practice investigates the intersections of projection, place, and materiality toward new axioms for imagining and constructing our environment. His work has been exhibited at the Anderson Gallery at Drake University (IA), Stone Quarry Hill Art Park (NY), Spartanburg Art Museum (SC), Royal Danish Academy of Fine Arts (Copenhagen, Denmark), Museum of the Other and the Elsewhere of Metropoliz (Rome, Italy), The Windor (Madrid, Spain), 49A and Maquis Projects in İzmir, Turkey, and published in The Artful Plan: Architectural Drawing Reconfigured (Birkhäuser, 2020) and the Journal of Architectural Education (70:1, 2016). Awards include a 2016 Santo Foundation Award for Individual Artists and the 2014 Founders Rome Prize in Architecture from the American Academy in Rome. He is currently an Assistant Professor of Architecture at Iowa State University.

Hunter Foster (b. 1993 Little Rock, AR) lives and works in New Haven, CT. He completed his BFA from the School of the Art Institute of Chicago (2015) and is currently an MFA candidate at the Yale School of Art (expected 2023). His work has been included in two-person and group shows at Roots and Culture (Chicago), The Hills Esthetic Center (Chicago), Gern en Regalia (New York) and a one-person show at Good Weather (North Little Rock). He is the co-founder of The Collaborative Center for Storm, Space & Seismic Research, an online and print publishing platform.

Jin Lee is a Chicago-based photographer whose projects center on forming a deeper relationship to places through close examination of landscapes and built environments.  She has received the John Simon Guggenheim Fellowship and the Illinois Arts Council grant, and her works are included in the permanent collection of the Art Institute of Chicago, Los Angeles County Museum of Art, and Museum of Contemporary Photography.  She is represented by Devening Projects in Chicago.  https://jinleephotography.net 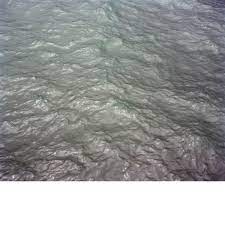