Join a lively discussion celebrating the opening of Andrea Bowers’s mid-career survey at the MCA. Bowers is known for her intimate collaborations with environmental and social justice activists that inspire her artwork. Her research-based practice encourages viewers to visualize the impactful efforts and stories of these advocates for immigration, worker’s rights, environmental justice, and women’s rights. In this conversation, Bowers discusses her work as an artist, how her work has developed through the teachings of other artists and activists, and the questions she asks as she builds work out of these encounters.

The evening will begin with an introduction to the exhibition by curators Connie Butler and Michael Darling, followed by an intimate conversation between Bowers and her close friend, curator Lucía Sanromán, who is also a writer featured in the exhibition catalogue.

For over thirty years, multidisciplinary visual artist Andrea Bowers (American, b. 1965) has made art that activates. Bowers works in a variety of mediums, from video to colored pencil to installation art, and explores pressing national and international issues. Her work combines an artistic practice with activism and advocacy, speaking to deeply entrenched social and political inequities as well as the generations of activists working to create a fairer and more just world.Born in Wilmington, Ohio, Bowers received her MFA from the California Institute of the Arts in 1992 and currently lives and works in Los Angeles. She built an international reputation as a chronicler of contemporary history, documenting activism as it unfolds and collecting research on the frontlines of protest through an empathetic and labor-intensive practice. Her subject matter contends with issues like immigration rights, workers’ rights, climate justice, women’s rights, and more, illustrating the shared pursuit of justice that connects these issues.

This is the first museum retrospective surveying over two decades of Bowers’s practice. Highlights of the exhibition include Memorial to Arcadia Woodlands Clear-Cut (2013) and My Name Means Future (2020). These two works, both focused on issues related to environmental justice, highlight the range of mediums employed by the artist. The former is a large-scale sculpture based on her involvement with tree-sitting activists protesting the destruction of old-growth trees in California; the latter is a video that features Tokata Iron Eyes, a young Indigenous rights activist whose ancestral lands have been threatened by the Dakota Access Pipeline project.

Andrea Bowers is co-organized by Michael Darling, former James W. Alsdorf Chief Curator at the MCA, and Connie Butler, Chief Curator at The Hammer Museum. It is presented in the Griffin Galleries of Contemporary Art on the museum’s fourth floor.

In 2007, Andrea Bowers documented and spent time with Elvira Arellano and Pastor Emma Lozano, two Chicago activists who worked with Centro Sin Fronteras, of a Chicago-based grassroots activist organization located in Humboldt Park. Bowers ultimately made a series of artworks based on their work with Arellano. The organization’s goal is to bring attention and justice to workers who were treated unfairly due to a lack of formal representation within the justice system.

Within the Andrea Bowers exhibition, Centro Sin Fronteras is presenting objects selected from their archive and a history of their work.

While planning this exhibition, Andrea Bowers met with the Teen Creative Agency (TCA), the MCA’s cultural leadership program for Chicago teens. She invited them to offer a gallery space to important activists working in Chicago today. TCA chose an organization called A Long Walk Home, and to bring awareness to the issue of missing and murdered Black young women and girls. A Long Walk Home is a national, Chicago-based art organization that advocates for racial and gender equity and an end to violence against all women and girls.

Within the Andrea Bowers exhibition, A Long Walk Home is presenting The Black Girlhood Altar, a sacred site assembled by Black girls in Chicago for Black girls and young women who have gone missing or been murdered. 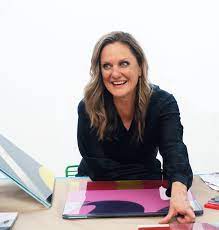